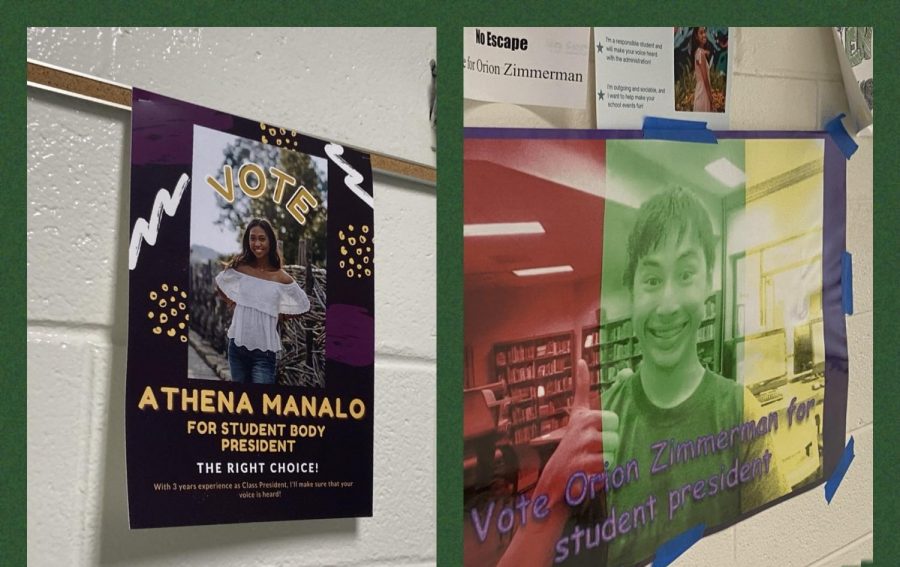 The Candidates for the 2021-2022 Student Body President Election 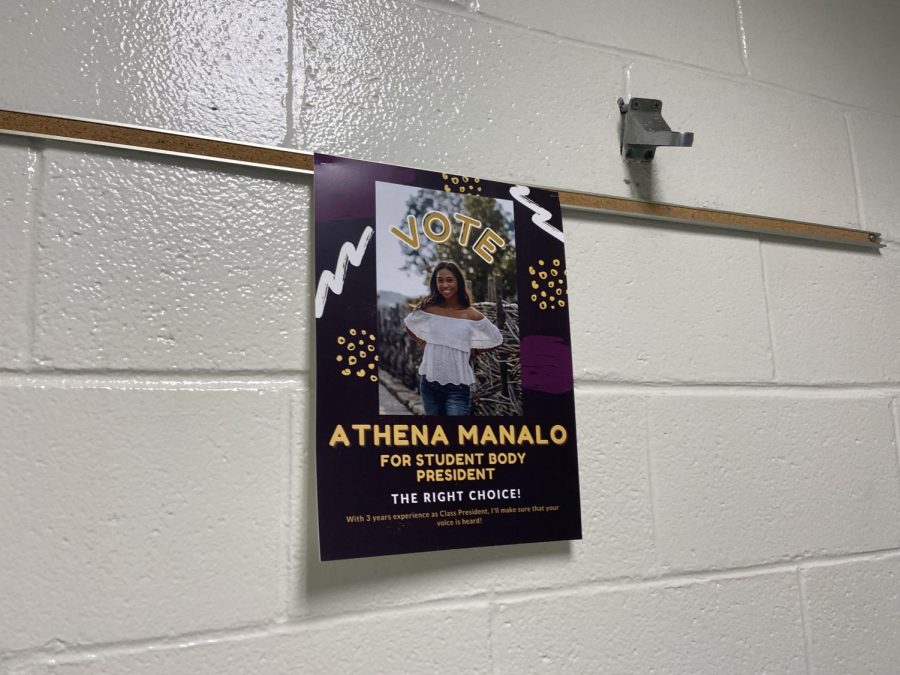 One of many campaign posters that candidate, Athena Manalo, has hung around campus in support of her campaign.

When it comes to experience in student government, Manalo has an advantage in that regard. “I was class president which is mainly in charge of grade level,” said Manalo. “I have helped plan homecoming and prom. I’ve helped come up with ideas for spirit weeks and campaigns around the school.”
Manalo is also a people person so she has no problem talking to new people and helping others. “I love to get to know new people and to help out anyone I can,” said Manalo as a part of her campaign on Instagram. “Reach out to me with any questions or just to chat!”

Manalo also added in her campaign that she is a responsible student who is at the top of her class, so she is definitely a reliable and trustworthy person that the student body can be confident in being their president.
The student body president is responsible for organizing campaigns to help better the overall environment of the school as well as overseeing the planning of events such as homecoming and prom among other things as well.

I think Orion has the theatrics, but Athena has been doing it for years and I already trust her, so I’m voting for Athena for sure.”

Freshman Ava Cook was unsure who she would cast her vote for. “I am not sure who I will vote for yet, but I am definitely voting for Hannah Coleman for vice president.”
The elections have already begun to take place and will continue through Friday, Aug. 20. You can cast your votes through Schoology or through Infinite Campus. 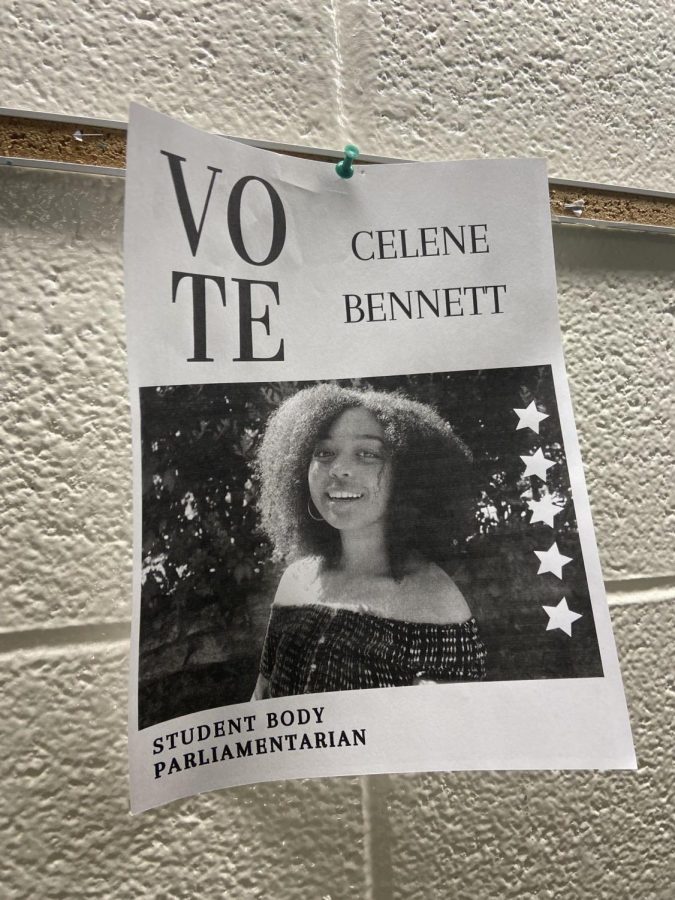 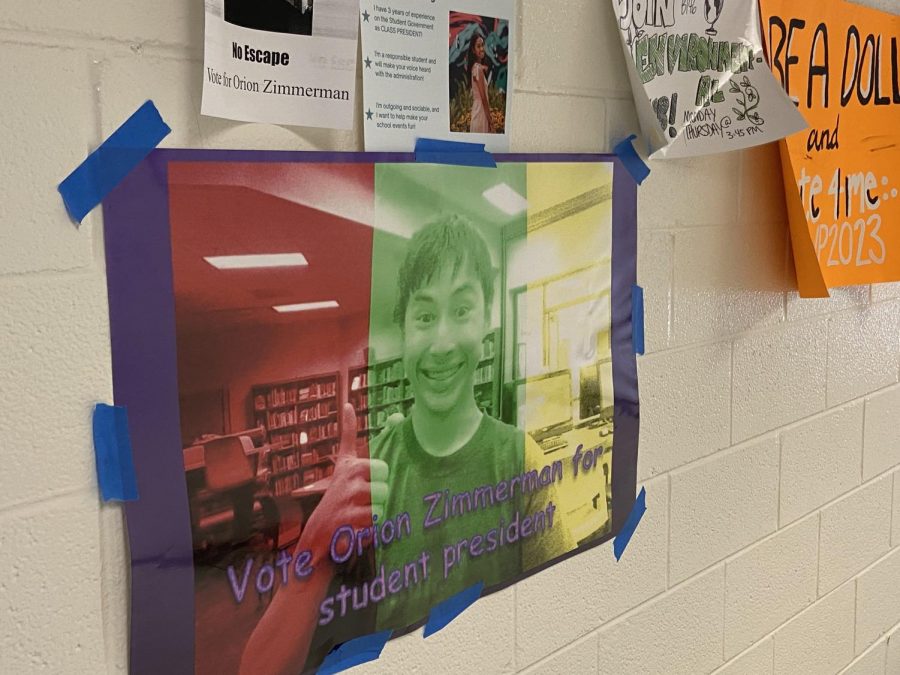 One of Orion Zimmerman’s posters in support of his campaign.

The 2021-2022 student election has drawn the eyes of McIntosh like none before. Orion Zimmerman, a senior in the class of 22’ has created an ambitious campaign, one that aims to change the student body’s view of their leaders. In recent years, it has not been uncommon for students to be completely unaware of their leadership.

Zimmerman’s campaign that he has claimed will “bring radical change” has aimed to change this view.

Posters and speeches have flooded MHS in the past week. “I want to change the way elections are seen,” said Zimmerman. This is one of the key elements that sets his campaign apart from past years.

When Zimmerman was asked about his “radical change” he said, “I will play classical music at prom.”

In addition, Zimmerman’s campaign has begun extremely quickly. Since the first electoral meeting of the student government on Monday, August 15, he has raised posters and given speeches to students in study hall, a much more rapidly beginning campaign than student leaders in previous years. “I wanted the student body to know who I am as soon as possible,” said Zimmerman. This goal has become an idea that sets him apart from other candidates.

The campaigns this year have given students at MHS access to much more information than in previous years. Elections began on Thursday, Aug. 19 and results will be announced next week. Voting will take place on Schoology, under the media center page.