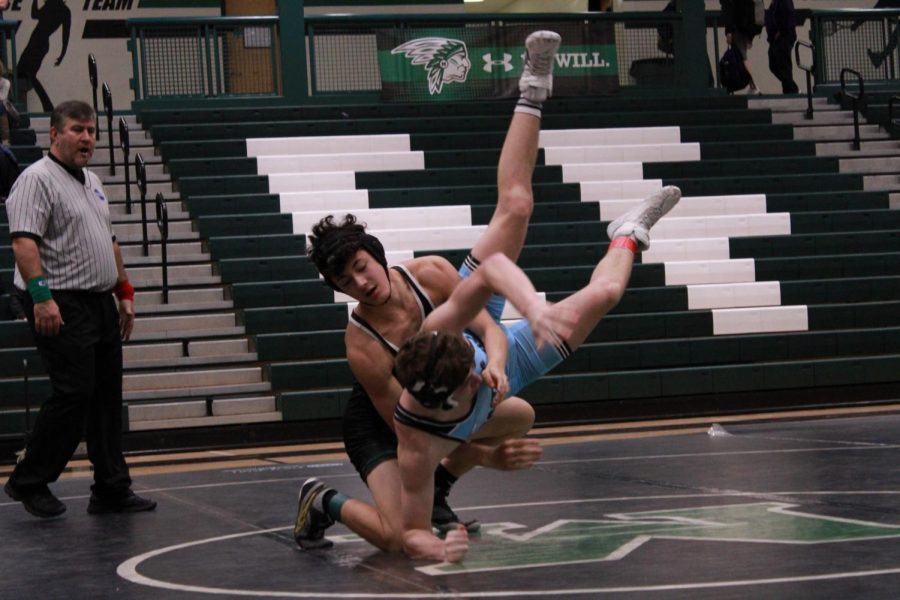 On Sunday, Feb. 16 the state wrestling tournament was held and four McIntosh wrestlers qualified to compete. Jacob Tripp, Chase Nerenberg, Gavin Proffitt, and Jake Eulenfield represented McIntosh at the state level.
Senior Jacob Tripp competed at his last state competition. Although he didn’t place as high as he wanted, he still enjoys competing at a high level. “I’ve gone a couple of times now and the experience was much better this year,” said Tripp. “It’s a lot of fun and a great place for competition.”
Freshman Gavin Proffitt competed and took ninth place in the state competition match. As the only freshman in his weight class, he was at a disadvantage as far as experience. However, “my hard work paid off that being getting up to workout before school and practicing twice a day most days,” said Proffitt.
Jacob Tripp said that when competing with such competitive wrestlers, “it turns into a very close match. At that level, everyone knows what they are doing.”
Despite the long hours of work and very competitive matches, “It was worth the experience to compete with some of the best guys in the state,” said Proffitt.