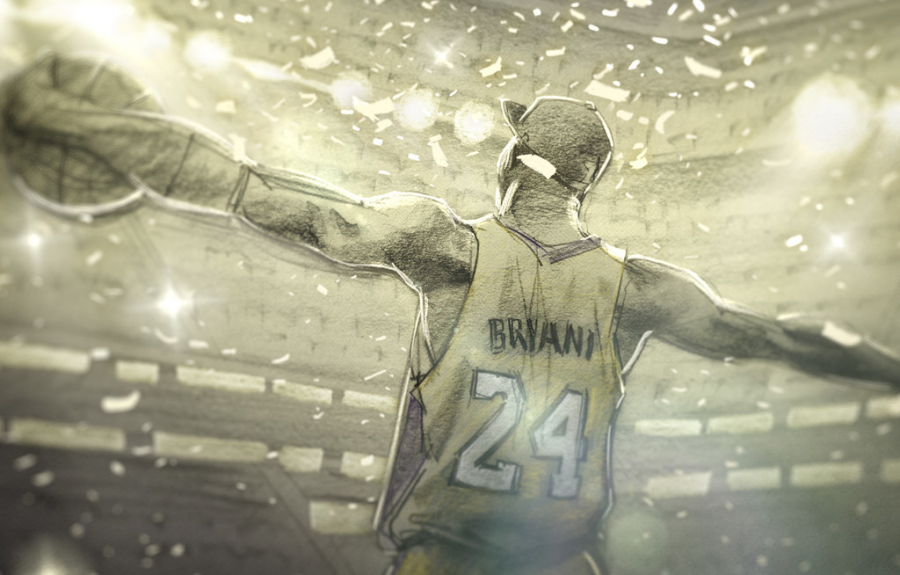 Fans remember the legacy of Kobe Bryant as they mourn his death. Credit: Creative Commons

On the morning of Jan. 26, 2020, NBA legend Kobe Bryant and his daughter Gianna boarded a helicopter in Los Angeles. They were headed to a basketball tournament for Gianna, along with seven other people. Kobe was a coach for his daughter’s team as well as a retired L.A. Lakers player and, according to ESPN, a future inductee into the NBA Hall of Fame.

His wife and three other children had watched his career and had high hopes for his daughter’s achievements as a player. None of these would come to fruition, though, as the helicopter would never reach its destination. It took off around 9 a.m., and not 30 minutes later, “made a climbing turn before a rapid dive,” as reported by ESPN. The story was shaped after the event, as more of its facts were learned. All of the helicopter’s passengers were killed, including Kobe and Gianna. The New York Times said, “it could take several days to recover bodies.”

The entire world mourns the loss of one of the greatest NBA players in history, and while many details of the crash are still unknown, they will come to light in the days and weeks to come.