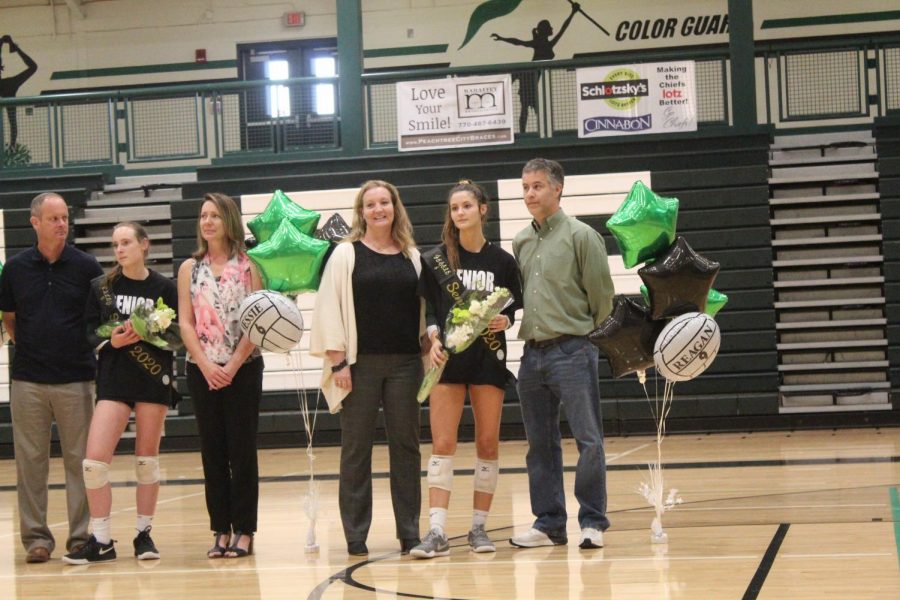 Senior posing for photos with family

Senior night is a night that McIntosh conducts for each sport that recognizes the senior competitors. Tuesday, Oct. 1 the varsity volleyball team held their annual senior night. The McIntosh Chiefs defeated Landmark and after the game, the senior night events began. The seniors from Landmark were announced first and were each gifted a bouquet of flowers by a Chief. Following their representations, each senior for McIntosh was announced. The athletes walked onto the basketball court accompanied by their family as their academic and athletic achievements were listed out.

Wendy Madon, the volleyball coach said, “They are such a neat group of kids…they love each other and they love the game.”