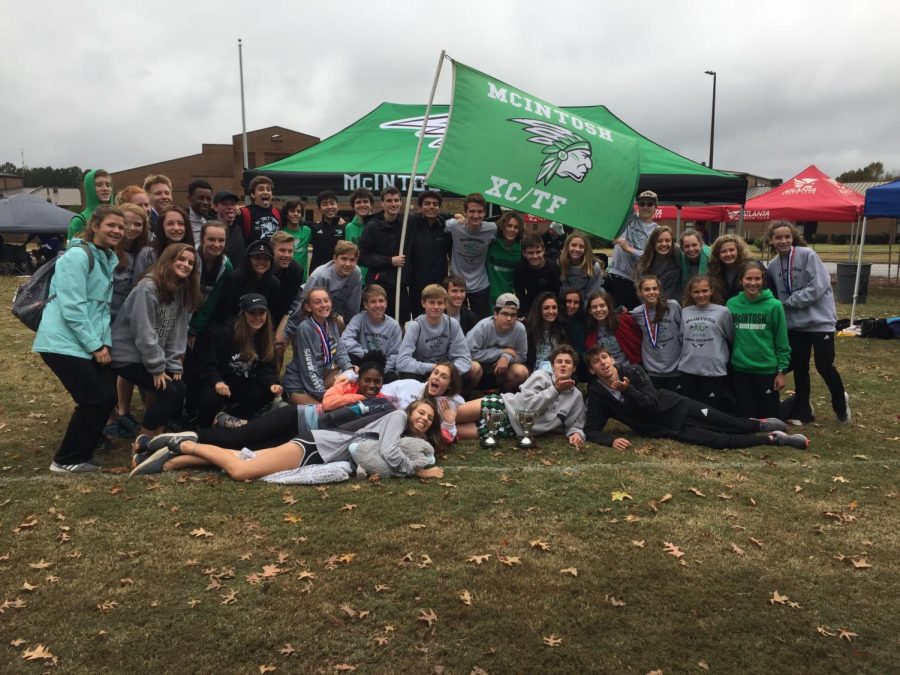 Both the boys and girls cross country teams traveled to Carrollton for the state championship on Friday, November 2. After winning state last year, both teams had something to prove in order to try defending their state title.

The girls’ team placed second in the state after falling short to Woodland-Cartersville by three points.

“State was a really challenging race but thankfully our hard work paid off for the most part,” said Smith. “We were pretty disappointed in second place but we are ready to come back next year and win.”

The boys’ team placed second in the state after falling short to county rival, Starrs’ Mill, by 15 points.

“This year, state didn’t go as we wanted but everyone did their best,” said Jaeger. “We had multiple people running fevers days before the race but we still have a girls’ and boys’ state title capable team.”