OPINION: Twitter Does Not Talk About Girls Basketball Games 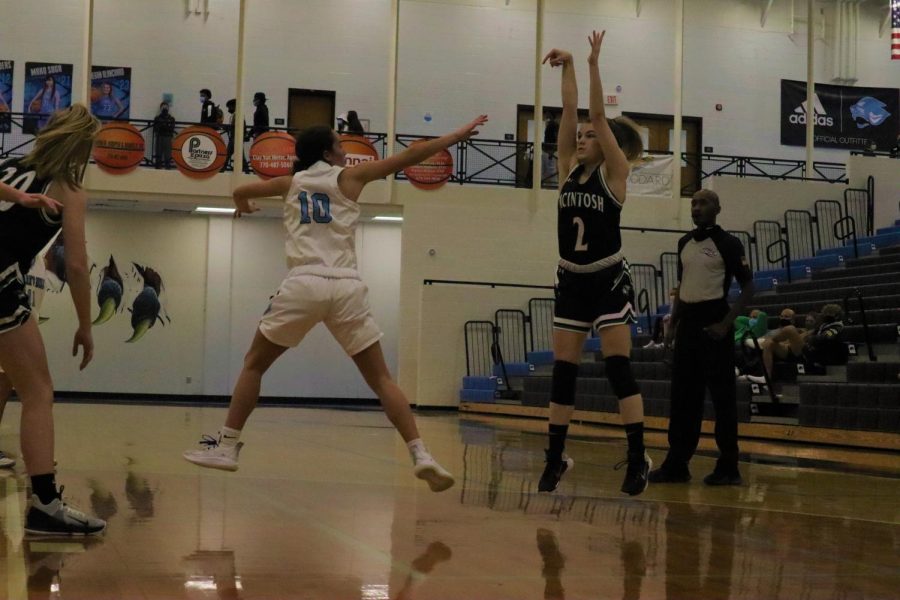 When a team wins a lot, you expect there to be big crowds and people who are excited to be there, but for our teams it’s different. The girl’s basketball team wins a considerable amount and has amazing players on their team, but they get mentioned less than the boy’s team. If you go on Twitter and search McIntosh Chiefs Basketball, you see the boys’ team scores from each quarter of the game and their stats. If you search for the girl’s team, all Twitter shows are who they beat. The student section isn’t great about supporting the girl’s team either. It’s easy easier to understand why high school students would rather see the boy’s team play rather than the girls. It might be more fun for them or maybe they have a crush on one of the guys on the team; we’ve all been there. However, it’s not ok for adults that run social media and promotion for both the girl’s and the boy’s teams to post more about the boy’s team than the girls.
Maya Nowell, a sophomore on the Varsity team, says, “it’s disrespectful and sexist.”

“It’s not fair how the girls work just as hard as the boys and still get less recognition,” says junior Bailey Wagenknecht. “I work just as hard as any of the boys and I hype up my team to try and get people to come but everyone still wants to go to the boy’s games.”
I think that there should either be a person who cares about both teams equally and someone who will attend both games.
Christina Cheri, a senior on the girl’s team said, “I think we work just as hard and put in the same number of hours, so we deserve the same kind of recognition.”
There are colleges all around that go on social media pages to see what the school has to say about the players, but if there is nothing about them then viewers might think that they aren’t a good team, meaning senior girl athletes like Cheri won’t get a lot of attention from college recruiters. There needs to be someone who can go out and make the girl’s team noticed just as much as the guys.