This Should Be Your Next Fall Read 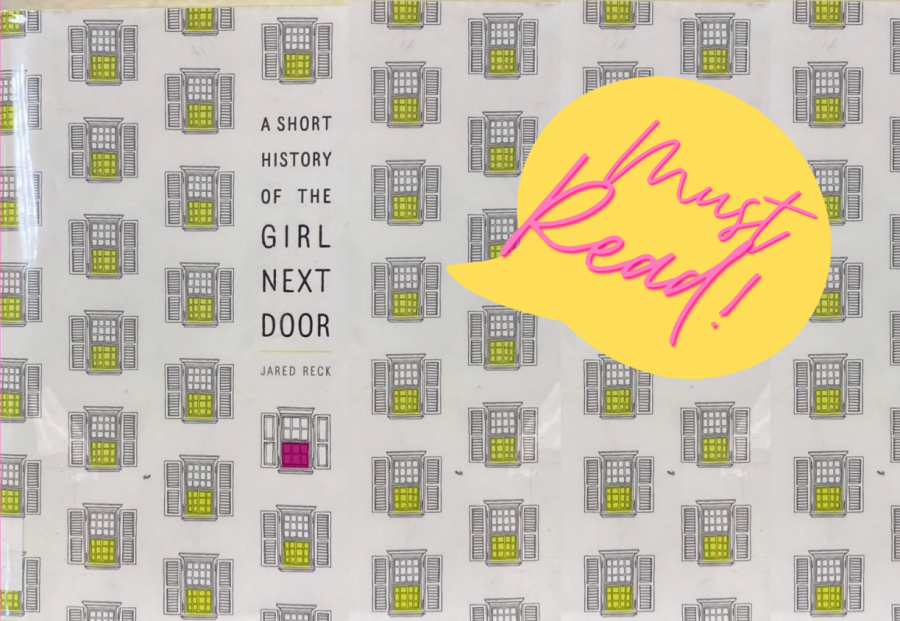 “A Short History of the Girl Next Door” is a coming of age story by Jared Reck. According to his GoodReads profile, “Jared Reck lives in Hanover, Pa., with his wife and two daughters. He teaches eighth grade Language Arts, where he has been reading awesome books and writing alongside his students for the past 12 years.”

“A Short History of the Girl Next Door” is Reck’s debut novel. The book is a short, 265 pages, excluding the acknowledgements. It surrounds freshman Tabitha Laughlin, or Tabby, through the eyes of fellow freshman and neighbor, Matt Wainwright. Matt and Tabby have been friends since childhood, and share a bond through time spent together on the school bus in the mornings. Over their years of friendship, Matt gained a crush on Tabby. Matt can name specific moments in their shared childhood where he realized that he was falling in love. As both friends enter high school, we see Matt struggle with the feeling of being left behind as he sees Tabby dating the popular senior, Liam. Crushed by this, Matt starts to form a bitter resentment that creates a wedge between Matt and Tabby.

I believe that Matt is a flawed character because he makes mistakes, does goofy things, and feels regret. We see his flaws through him writing a list of all the hot girls in each grade which shows his immaturity to serve a reminder of his age. Matt is not a role model that we should all look up to. He’s not perfect and he definitely doesn’t have everything together. Matt starts off as a selfish character, that slowly realizes through parental wisdom from his grandfather and experience that the world does not revolve around him. Matt learns that it is wrong to just focus on your own pain, and ignore the pain of those around you. Matt starts the journey off as an insecure, awkward teenager into one that has more perspective and sense of others.

GoodReads reviewer Cristina Monica says it best when she says, “There’s nothing sadder than loving someone who will possibly never love you back.” This is to demonstrate that Matt was in love with Tabby, and she cared for him deeply, but just didn’t feel the same way as him.

“The first part is about unrequited love,” says Monica, “and the second part is about dealing with grief.” In the first part of the book Matt is trying to keep up with the ever socially growing Tabby and in the second part is him dealing with the loss of a friend. Him experiencing great loss made his selfishness grow and take him over. He becomes irritable and prone to outbursts because he truly believes that he is feeling the most pain.

The truth of the matter is that all of the characters experienced some sort of loss. Matt was so focused on his own pain that he started to neglect the pain of others. This can be true in real life as well, we can sometimes be so laser focused on what is going on in our lives, that we forget that there is an entire world around us.

The things that I liked about the book include the gorgeous cover, fast pacing and relatable characters. The cover was very simple and plain, but at the same time very eye catching. The story was a very quick read, but it still did give an impactful punch that I enjoyed. I loved how the main character had dimension and growth throughout the story.

Things that I felt could’ve used some more development is the relationship between Tabby and her senior boyfriend Liam. While having the story being told by Matt adds a lot of layers, it has limitates how much of Tabby’s and Liam’s relationship is seen. On one hand, not many books focus on the best friend character, or have scenarios where the guy does not get the girl. On the other hand, since we as readers are limited to Matt’s point of view we are given no reason to root for Liam and Tabby. All that we are given is that Liam loves Tabby, and Tabby really likes Liam. One element that might have made the book better is having a split perspective between Liam, Tabby, and Matt. That way, you would be able to see all perspectives. After having all of their perspectives, you could then root for all of the characters instead of just Matt. I believe that this addition would further the notion that there are no “good guys” and “bad guys”, just people.

The way that I rank books is usually based upon two factors. The first factor being how good do I think it is objectively, and how much enjoyment I received from that book. The book’s objective quality has a rating of 3.5/5 stars while my enjoyment of the book is 4/5 stars. Averaging those together, my overall rating of the book is 3.75/5 stars, and I thoroughly recommend it to anyone who wants to either get back into reading or just have a nice short fall read to get into.

If you enjoyed this review, you can go check it out at the McIntosh Media Center!