OPINION: How Will Gen Z Follow in the Footsteps of the U.S. Congressman John Robert Lewis and Rev. Cordy Tindell Vivian? 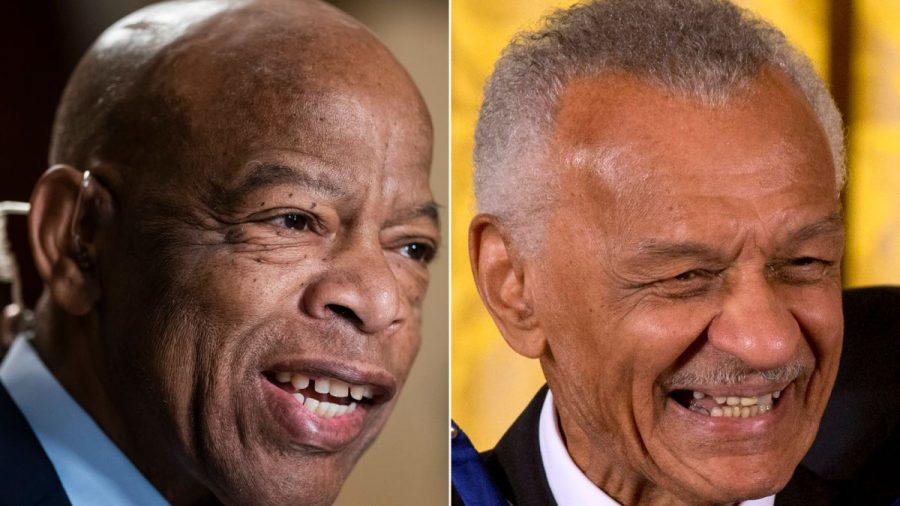 Photo of U.S. Congressman John Robert Lewis and Rev. Cordy Tindell Vivian who both died on Fri. July 17 and were leaders in the Civil Rights Movement.

Two of the strongest voices for the Civil Rights Movement died on Fri. July 17th. U.S. Congressman John Robert Lewis and Rev. Cordy Tindell Vivian,who was also known as C.T. Vivian, were those two voices. Lewis was a leader in the Civil Rights Movement and has served as the U.S. Representative Dem. for Georgia’s 5th Congressional District for over 30 years. He also served as the dean of the Georgia congressional delegation. He was born on February 21, 1940 in Troy, Alabama and died on July 17, 2020 in Atlanta, Georgia due to pancreatic cancer. Vivian was a leader in the Civil Rights Movement who was an adviser to Rev. Martin Luther King Jr. and participated in the Freedom Rides. He was born on July 30, 1924 in Boonville, Missouri and died on July 17, 2020 in Atlanta, Georgia from natural causes. The deaths of John Lewis and Rev. Cordy Tindell Vivian has caused me to question myself along with everyone who makes up Gen Z about how we are going to change this world for the better.

John Lewis and Rev. Cordy Tindell Vivian were both lifelong social justice and human rights activists who decided to take on the injustices in this world beginning in their youth. Lewis spoke at the March on Washington which was held on August 28, 1963 at the age of 23. He founded the Student Nonviolent Coordinating Committee which he also led as well and was one of the first Freedom Riders which he accomplished all as a student activist. Vivian participated in a lunch counter sit-in in Peoria, Illinois which was his first nonviolent protest in 1947 at the age of 23. When Vivian was 38 years old, he along with other ministers founded the National Christian Leadership Conference that helped to organize Nashville’s first civil rights marches and sit-ins. All that Lewis and Vivian accomplished at such young ages just proves that anyone can make a difference in this world today no matter how old or young you are.

I decided to place a quote from both U.S. Congressman John Robert Lewis and Rev. Cordy Tindell Vivian within this article that have encouraged me to do all that I possibly can to fight for social injustice.