OPINION: Why I Would Give a Hug to Every Single Doctor 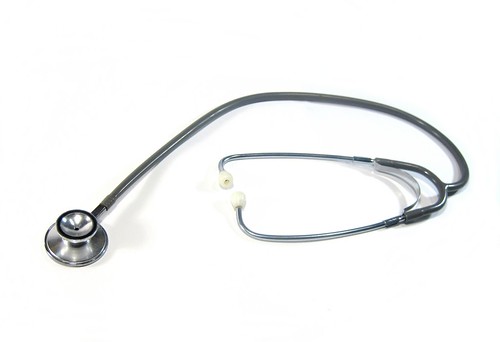 The stethoscope is commonly seen around the necks of doctors who work long hours each day to ensure the wellness their patients.

Today is National Doctors Day which is a national holiday that celebrates the contributions that doctors have made in medicine by enduring numerous hours of work to ensure the wellness of patients. This is the thirtieth year that National Doctors Day has been recognized as a national holiday in the United States. National Doctors Day was proclaimed by President George H.W. Bush on February 21, 1991. The first observance of Doctors Day was March 30, 1933 in Winder, Georgia, when Dr. Charles B. Almond along with his wife Eudora Brown Almond decided to have a day for commemorating doctors. Flowers and greeting cards were placed on the graves of deceased doctors during that day. I appreciate all the work that doctors do for us all 365 days of the year.
I know that National Doctors Day is only celebrated in the United States today, but I just want to thank all doctors. Doctors don’t only exist within the walls of hospitals, but they exist as mothers, fathers, daughters, sons, wives, and husbands outside those walls. I think that is something easily forgotten when we forget to express appreciation to our doctors after a check-up sometimes. We don’t purposely forget to express our gratitude, but we forget that they chose to greet us with a welcoming smile and ask us what they could do us to make us feel better. With that being said, I also would like to thank their families and friends for sharing such wonderful people with us.
Doctors sometimes even take care of us during their shifts and off their shifts. There is a pediatrician somewhere helping a little girl that they have seen grow up from the age of two reach their sales goal as a Girl Scout by purchasing their Girl Scouts cookies. I know that there has to have been a cardiologist who planned on dining out with their family until they sprung into action after witnessing someone glutch their chest with their hands and fall to the ground. There are countless stories of doctors springing into action after putting their scrubs down for the day and doing exactly what they thought they would only be doing in their scrubs at the hospital. I think that doctors do all that they can for us out of the kindness of their hearts which is why I think that we should always give them a heartfelt thank you whenever we have the opportunity.