Opinion: All teams should pay employees despite quarantine 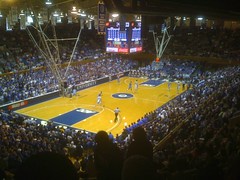 On Monday, the Philadelphia 76ers announced that they would be reducing the salaries of their arena employees due to the fact that they won’t be working games as a result of coronavirus.

Other professional sports teams have followed the lead of Philadelphia in this regard, and in some cases, players themselves are stepping in to help cover the salaries of the workers.

In short, this is simply a disgraceful move on the part of the Sixers and every other organization following in their footsteps. These employees are often people that are working multiple jobs just to make ends meet for themselves and their families, and it’s no fault of their own that games are being cancelled due to the outbreak.

Surely the multi-billionaire owners of such franchises would be able to dole out enough cash to at least cover their salaries while they are out of work?

NBA commissioner Adam Silver should step in and threaten to oust any owner who does not cover the wages of his staff; in dire times like these, decent humanity has to triumph. If the owners continue to lowball their employees, coronavirus will have exposed our indecency instead of illuminating our compassion.