OPINION: What Does the CROWN Act Mean to Me? 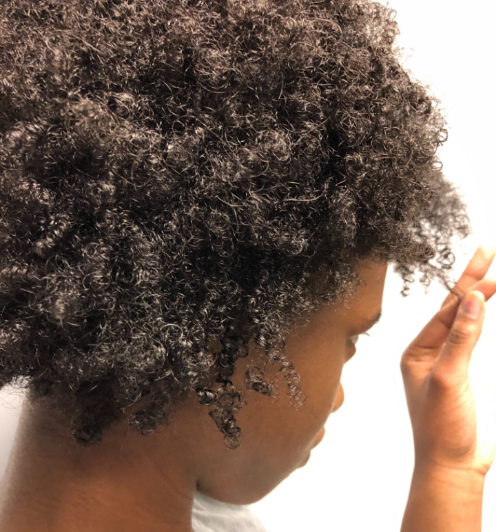 The CROWN Act is a law that was introduced in California in January 2019 by Senator Holly Mitchell (District 30) to prevent discrimination towards people within workplaces and K-12 public and charter schools who have a certain hair texture and hair style. The CROWN Act went into effect on January 1, 2020 in California after the inaugural CROWN Act was signed into law by California Governor Newsom on July 3rd. The name of this law stands for “Create a Respectful and Open World for Natural Hair.” This law has been passed in three states which are California, New Jersey, and New York, and this law has also been passed in county and local municipalities in the cities of Cincinnati, Ohio and Montgomery County, Maryland. Twenty-six states including Georgia are considering the CROWN Act to be put into effect in their state and have expressed the desire to pass their own anti-hair discrimination bills which have been either pre-filed or filed.
When I first learned of the CROWN Act, I began to burst with tears of joy either though the law was not passed in Georgia. I first found out about this law through an O, The Oprah Magazine article. The tears of joy resulted from the connection that I have with my own hair since I am an African American teenage girl who typically wears her hair out in a kinky curly afro and high puff. The outpour of tears that I had for my natural hair were not tears that I ever thought that I would shed especially over my hair since I never thought that I would fall in love with my natural hair. Deciding to become a full on naturalista was not apart of the program for my hair one year ago when my hair met a new friend called the silk press.
When I was younger, I wanted to have hair that was permanently straight since I always dreaded wash day. Getting my hair washed in the kitchen sink and detangled to be put into plaits was not something that I looked forward to each week especially when having some friends who could just put their hair in a scrunchie after being washed and dried. I got tired of the cycle that I thought of as laborious and did what I thought what had to be done to escape the cycle. At the beginning of my ninth grade school year, I got my hair silk pressed. I did not hate my hair, but it just didn’t feel like me.

I felt like all the years that I spent keeping my natural hair managed while making memories with my mother, grandmother, and sisters were washed all down the drain. Some of the best conversations that I have had with my mother and grandmother when I was younger all took place while they were doing my hair for two to three hours. My hair transitioned for one year and four months after being silk pressed, and I decided to cut the straight ends of my hair in January. When those straight ends were cut, I felt like I regained that part of myself with plenty of more memorable wash days to look forward too. Learning that the CROWN Act was being put into effect in California that same month made me feel even more confident with my hair.