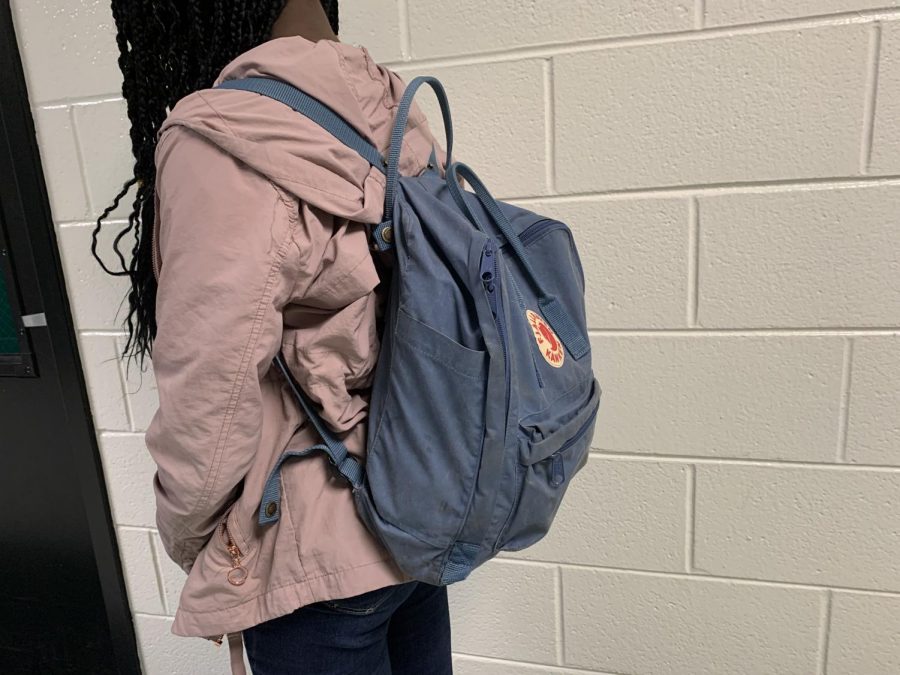 Popular backpacks such as these are used despite the no backpack policy.

When school shootings started to occur more frequently in American schools, policies were put into place to protect students. Rules such as no backpacks or trenchcoats are some of these policies. McIntosh High School has a no backpack in classroom policy which means backpacks have been prohibited from being used during the school day. While no backpacks are allowed, the administration does allow string bags to be used to carry school supplies.
“The ‘no backpacks in classroom’ policy was instituted in the Fayette County School System several years ago after safety concerns emerged in the aftermath of school shootings about what could easily be hidden in the bookbag,” principal Dr. Lane said.
Limiting the size of a bag that is allowed to enter the school can help prevent possible threats from bringing in weapons, however, the majority of string bags are still able to hold a small firearm. So, the difference in the way the bag is secured to your body, by strings or other, has no effect.
“I’ve noticed that you can fit anything into a string bag that you could into a backpack,” said sophomore Joey Dee.
If you are able to fit the same amount of contents into a string bag then the no backpack rule has no effect on the safety of students in McIntosh.
When asked if the no backpack policy increases school safety SRO Judy said: “They (string bags and backpacks) are just the same size, it’s just that one has strings and one has straps… If you want the school safety aspect, you need to switch to the mesh or clear backpack or have no bags at all.”
Another concern principal Dr. Lane had was about the space that a backpack takes up in the hallways and in classrooms.
“Our hallways are very small and narrow compared to the other, newer high schools plus we have the largest student population of any high school in the county by about 350 students,” said principal Dr. Lane. “ Backpacks in those areas create obstacles that would make circulating around the room or navigating through the hall more difficult and even unsafe.”
Large heavy backpacks can be a danger when maneuvering the hallways, however, whether your school supplies are being held in-hand or in a string bag, the same amount of space in the hallways is being consumed by the supplies. It is also believed to be a fire hazard to have a large backpack sitting on the floor in a classroom. On the contrary, if there is no backpack to hold school supplies the binders, books, pencils, and other supplies could be scattered across the floor instead of in a neat enclosed area organized and out of the way of people in a rush. Therefore, not only does the backpack policy not increase safety but if backpacks are allowed it could possibly make McIntosh safer.