Opinion: Why Violence Over the Popeyes Sandwich is Senseless 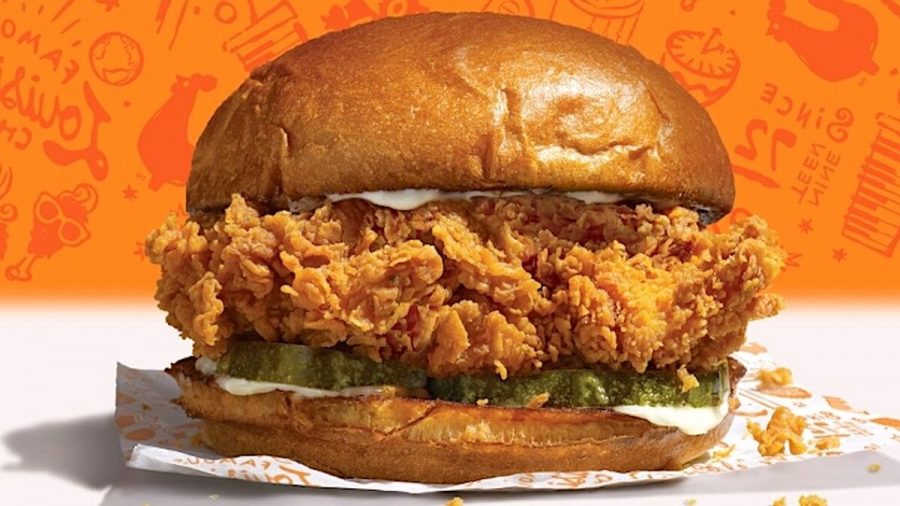 The Popeyes chicken sandwich is notorious for all the wrong reasons. The release of the sandwich as a new menu item has been in the spotlight of social media and news organization not for its rivalry against the Chick-fil-a sandwich as it should be but for the violence that has broken out because of it. Many violent conflicts have occurred since the rerelease of the sandwich on Nov. 3. Fights have ensued because of the demand for the limited amount of the item and one incident led to the death of 28-year-old Kevin Tyrell Davis at a Popeyes in Marland.
I have tried the chicken sandwich and it exceeded my expectations. However, no matter how delicious a chicken sandwich is, there is no reason to get into a violent interaction with someone over it. Davis was killed because a man named Ricoh McClain confronted him about cutting in line. The confrontation then moved to the parking lot where Davis was fatally stabbed.
It is appalling that someone was killed over a piece of chicken between two slices of bread. There is no reason for violence over the sandwich.
Yes, the chicken sandwich is very good. Yes, the lines to buy one are long and drive-throughs are packed because so many people want to try it. However, violence should not be a reaction to having to wait in a long line for your meal.
If you do not wish to have to wait in a long line to get your meal then wait until the excitement for it has died down. The sandwich is on the menu as a permanent item now so there is no point in rushing to the nearest Popeyes location to buy one before they are gone.