OPINION: Why “Joker” should not be a cause for concern 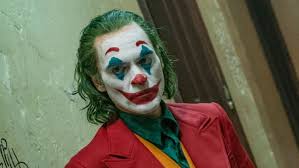 Warner Bros.’ Joker hit theaters on Thursday, Oct. 3, and has already broken several box office records, raking in a staggering $93.5 million over the weekend at domestic theaters alone. The film, which stars Joaquin Phoenix in the title role and is directed by Todd Phillips, centers around the backstory of Batman’s famous arch nemesis, who has previously been portrayed by Hollywood elites like Heath Ledger and Jack Nicholson. However, Phillips’ version takes a striking turn away from the more comic book-centered fantasy land of previous iterations and instead is presented in a much darker, psychologically-focused tone. In 2019, this means that the movie also has its fair share of controversy.

In essence, Phoenix’s Joker is a broken man, ridiculed and forgotten by society. Through a series of events that I won’t spoil here, his pain eventually hijacks his psyche and turns him into the murderous, insane clown that the Joker is so often associated with. Critics and concerned viewers alike have noted that the Joker’s life story in this film, although fictional, is reminiscent of that of several real-life psychopaths who have gone on to commit heinous acts, and worry that the film may inspire similar events in the future. It is true that many mass shooters in recent years have felt rejected by society and chose to commit insanely violent acts as a way to make their presence known. The same general idea can be applied to Phoenix’s Joker. However, to worry that this will be the direct inspiration for similar events in the future is simply reading too much into the movie; that’s exactly what it is: a movie.

Why is it only now that we question whether a film could inspire violent acts? Countless films have been released about scarred military veterans who come home and commit PTSD-inspired violence. There isn’t nearly as much worrisome chatter about these kinds of movies as there is with Joker. Perhaps the root of this newfound worry is the fact that the lone-wolf mass shooter is still a relatively new idea in America. There is still a lot that we don’t know about what drives these people to that point of insanity. But chances are, if their demons are that serious and their motives that horrid, it would take much more than a blockbuster comic book movie to draw them out. What we need to be worrying about is the day-to-day interactions of these people, and the publicizing of real-life mass shooters that lets shooters-to-be know that they will in fact get the attention they crave should they commit violence. We don’t need to ruin this movie for the overwhelming majority of people who would never consider following in the footsteps of its title character.

Is this a movie you will want to let your small children see? Probably not, given its R-rating. But there are far more important things to worry about than whether Joker will be the inspiration behind the next American tragedy.