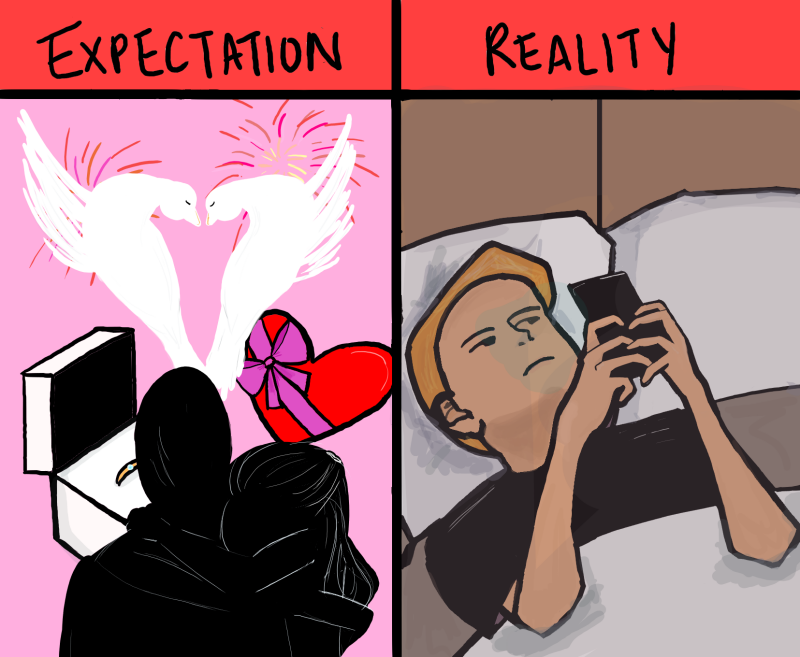 One thing most people expect to happen on Valentine’s day is being greeted with roses and chocolates by your crush. Now for you people in a relationship, that most likely will happen. The single people out there don’t have the same reality. Now we’re not saying entirely that someone out there isn’t thinking about you in that way, but most people are too afraid to show it out front. So don’t be surprised if you’re sitting alone watching Netflix on your sofa.

This is such a common reality that people actually by their own gifts for themselves. With that being said, take it easy on the person in front of you at Walgreens. They have a shopping cart full of teddy bears and heart-shaped chocolates. They look left and right before they approach the cashier as if nobody knows that their purchasing gifts for themselves.

One sad but common expectation of Valentine’s Day is planning to go out and have a great time. Either you want to meet someone new or you just want to have fun with all your friends. But the truth is, most of the singles in the world are too sad to even think about going out on Valentine’s Day. Mostly because of the sad aspect of being lonely.