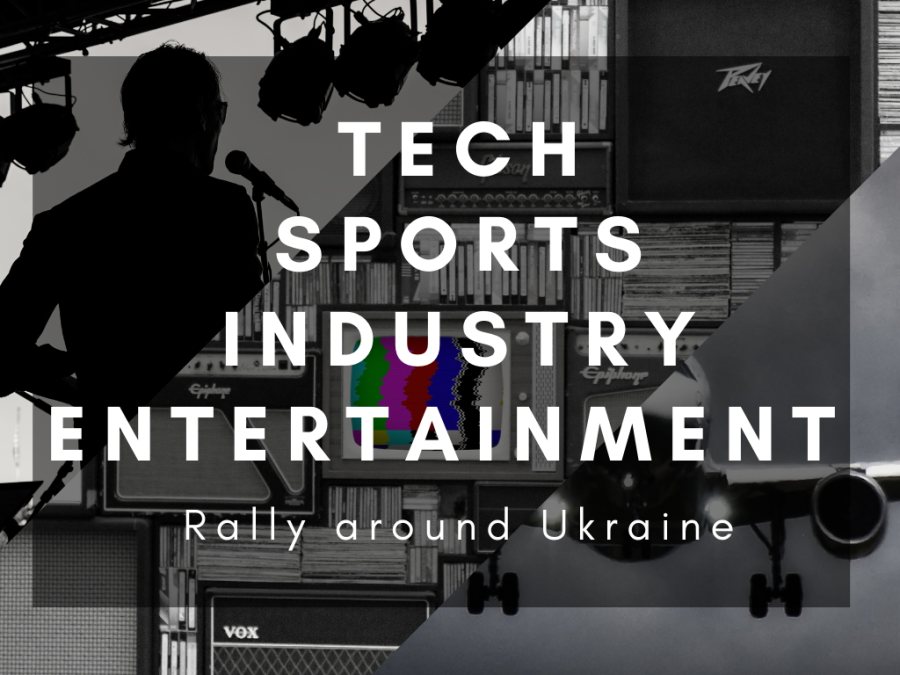 Since the first day of the Russian invasion of Ukraine on Thurs. Feb. 24, more than military interventions have taken place – world sporting federations, American-based industries, entertainment corporations and more have levied their own sanctions against Russia. Here are a few.

AIRBNB
“Airbnb has said it will offer free, temporary housing for up to 100,000 refugees from Ukraine, joining a swathe of companies offering support and donations following the Russian invasion.”

Airbnb CEO Brian Chesky has pledged to help refugees fleeing from Ukraine who have been displaced. Some have had their homes destroyed, and with some having little or no funds due to banks being down, many will have no shelter to stay when they get to safety. As a result, Airbnb has offered free shelter for 100,000 refugees in Poland for people to stay in. – Marjorie Smedley

APPLE, INC.
Apple has joined Google and Microsoft in limiting their services to Russia as well as Ukraine to protect Ukrainian citizens.

Apple said in a statement on Tuesday that they had disabled live traffic updates on Apple Maps as a “safety and precautionary measure for Ukrainian citizens” according to BBC.

As well as disabling Apple Maps, an Apple spokesperson also claimed that the company will be “halting all sales of its products in Russia due to the country’s invasion of Ukraine” according to NBC. Apple is the third best-selling smartphone in Russia which represents about 15% of sales. — Audrey Zimmerman

According to the New York Times, “Google and Meta, which owns Facebook, barred Russian state-run media from selling ads on their platforms. Sundar Pichai, Google’s chief executive, also spoke with top European Union officials over how to counter Russian disinformation.”

YouTube has also demonetized Russian channels, which has earned the country an estimated $7 million to $32 million in digital ad revenue in the past.

WORLDWIDE SPORTING BANS
The ice skating world championship is scheduled to take place later this month. However, due to sanctions, “ISU decision means Olympic champion Anna Shcherbakova and 15-year-old teammate Kamila Valieva… will be excluded from the competition,” according to ABC News.

Cross country skiing has also taken a hit by sanctions. After Russian exclusion from FIS events Erik Roste said, “‘Firstly, I am glad that FIS has taken this decision,’ said Norwegian ski federation president Erik Røste, who also sits on the governing body’s ruling council. ‘Then I have to be honest and say it has taken too long.’”

Some sports are allowing Russian athletes to compete, however, with limitations. Cycling and motorsports are competing however without sponsors or the Russian colors. “Cycling will allow Russian riders to compete as neutrals but will bar Russian and Belarusian teams and sponsors. Auto racing’s international body, the FIA, said Russian drivers like Nikita Mazepin can still compete but a block on having cars in national colors would stop Mazepin’s team Haas bringing back the Russian flag-stripe livery it removed during last week’s testing. The Russian Grand Prix was cut from the calendar on Friday,” according to Eurosport. –Landon Wilde

Boeing is an American aviation company and Airbus is a European company. They will be cutting their support and maintenance services for Russian airlines to further isolate the country.

“We have suspended major operations in Moscow and temporarily closed our office in Kyiv,” the Ukrainian capital, a Boeing spokesperson said.

“We are also suspending parts, maintenance and technical support services for Russian airlines. As the conflict continues, our teams are focused on ensuring the safety of our teammates in the region.”

“In line with international sanctions now in place, Airbus has suspended support services to Russian airlines, as well as the supply of spare parts to the country,” the European manufacturing giant said in a statement. — Chloe Torrechilla

ARTS & ENTERTAINMENT
The art and entertainment industry is also joining the wave of applying pressure to Russia, by staying out of it.

According to the New York Daily News,  “Performers, movie studios and other artistic entities are opting out of Russian film releases, concerts in response to the invasion of Ukraine.”

“Disney became the first major movie studio to halt film releases in Russia, joining a host of other entertainment entities.”

Paramount, Warner Bros. and Sony have done the same.

Film Festivals, such as the Venice Film Festival and the Cannes FIlm Festival, have barred Russian delegates. USA Today reports that, “Organizers of Cannes Film Festival announced that the international festival, scheduled for May, “will not welcome official Russian delegations nor accept the presence of anyone linked to the Russian government.” However, they are not banning Russian filmmakers. The Venice Festival will also be showing a Ukrainian movie in support of Ukraine. — Lulu Vitullo

PARALYMPICS
The 2022 Winter Paralympics allows athletes with physical disabilities to compete at an Olympic level; the Paralympic Games are governed by the International Olympic Committee.

According to the Canadian Broadcasting Corp.,  as a result of Russia’s invasion into Ukraine, Russian and Belarusian athletes in this year’s Paralympics have had their status as country-named athletes suspended. Russian athletes have been cleared to continue playing but they must compete as a neutral team. They will not be playing under Russia’s flag nor their anthem.

The International Paralympics Committee (ICP) announced Wednesday: “they will compete under the Paralympic flag and the Paralympic anthem and will not be included in the medal table.” (cnn)

The ICP also announced “it would also withdraw the ‘Paralympic Honor’ given to Russian President Vladimir Putin.” — Rebekah Bushmire