SAT Will Officially Be Online in 2024 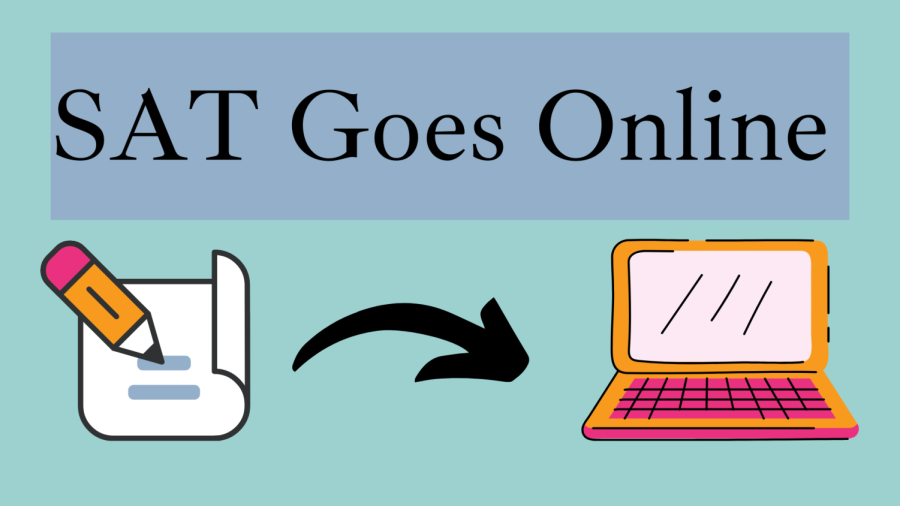 The College Board has announced that the SAT will be officially be an online exam starting 2023 for international and 2024 for the United States.

The College Board has officially announced that the SAT will soon become an online exam. In addition to moving the exam online, the test will also be shortened from around three hours to two hours with longer breaks in between tests. International students will have the opportunity to try the new SAT in 2023, while students in the United States will receive these changes in 2024. The College Board hopes that the new digital SAT will make taking it much easier to take and access.

The College Board ran a pilot of the new test in November 2021 both inside and out of the United States and received generally positive feedback. According to the College Board’s Newsroom, “0% of students responded that they found [the online test] to be less stressful and 100% of educators reported having a positive experience.”

There were several other changes made to the SAT besides changing the formatting from the traditional scantron to computer. The test will also be easier to schedule, as with an online test it takes away the need for schools to package, sort and ship test materials. Not only will the test be administered on a computer, but it will also be much shorter. As stated above, the test will be reduced from being around three hours down to two hours and students will be given more time per question. The reading section will also see large changes.

“The digital test will feature shorter reading passages with one question tied to each, and passages will reflect a wider range of topics that represent the works students read in college. Calculators will be allowed on the entire Math section,” reads the College Board’s article.

Students will receive test scores days after the exam is taken, which is much shorter than the weeks current students have to wait. Furthermore, the College Board’s new SAT claims that it will take into account that a traditional four-year college is not everyone’s path to success.

At McIntosh, the idea of an online SAT has mixed reviews.

“It’s about time for those paper and pencil tests to be turned into electrical things that are more convenient for us. I feel like abolishing the SAT altogether, but I mean, I could [see] this like a step in some type of direction,” says senior Chisom Ugbajah. “I am just not one of those people that was test smart, so stepping onto a paper and pencil and doing it in this [limited] amount of time is very hard for me.”

“I don’t really like it because then you don’t have the physical page there,” says senior Madison Cassel-Hughs. “So it’s much harder to turn back to your old questions when you’re online, and you have to remember what number they are. I also think it’ll put people who take the ACT at a disadvantage because they won’t be able to take it online.”

In addition to becoming optional for many colleges, the SAT has come under massive scrutiny in the past few years, and many see this as the College Board’s attempt to stay relevant with two main complaints. The first complaint comes from the belief that the SAT is not an accurate measure of a student’s current performance in school or future potential at the collegiate level, the College Board disagrees.

“When viewed within the context of where a student lives and learns, test scores can confirm a student’s grades or demonstrate their strengths beyond what their high school grades may show,” states the College Board’s article.

One of the main ways that students bolster their resume to get into college is playing sports and participating in extracurricular activities. The College Board says that clubs and sports can often be expensive, and implies that the SAT is a more affordable option for those who can’t afford extracurriculars. “Other parts of college applications, including clubs, sports, and academic activities, often are costly and inaccessible for many families.”

Ugbajah disagrees with the College Board, and sites how the area that her mother grew up in, which was predominantly African American, has much lower test score averages than more suburban areas like Peachtree City. “[B]ased off of my own personal experience, at least my mom’s school, which was typical like any African American school, they test horribly,” says Ugbajah. “[McIntosh] test[s] a lot higher than that school, so I don’t know how they feel that they’re helping minorities.”