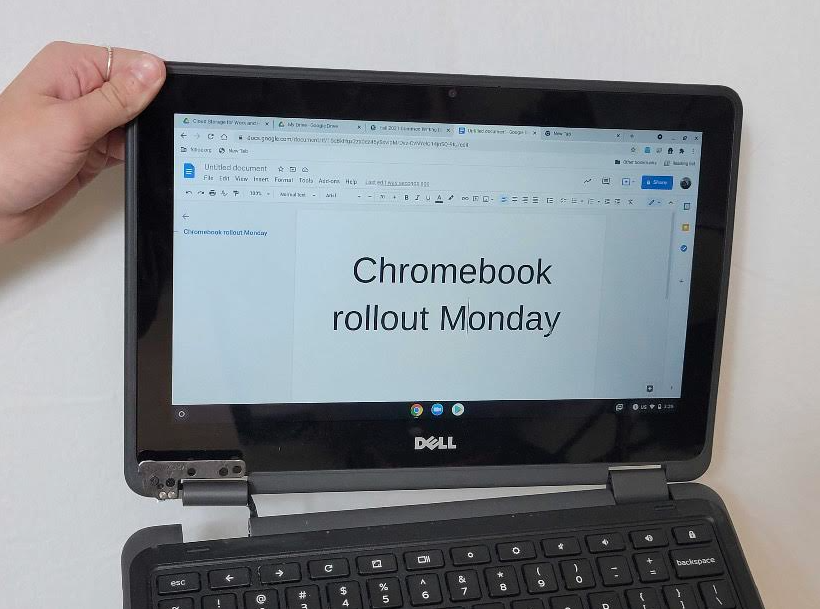 “Mine’s pretty fast actually,” sophomore Lark Sisk says. “But I did just get a new one so maybe everyone else’s will be faster.”

Many students around McIntosh have made complaints about their current Chromebooks, as some are broken or do not function properly. Some students have had their Chromebooks for over three years, and the laptops have not held up very well over time. Some Chromebooks have broken keys, detached screens, broken mice, and many more dysfunctions.

“My Chromebook broke simply by me closing it. I heard a loud snap and next thing I knew it was broken,” senior Morgan Green says. “I can be in the zone working and all of a sudden my screen just falls back out of nowhere.”

When Chromebooks are unable to work for some students, it can cause some difficulties when learning or trying to get assignments finished.

“With slower speeds, errors happening every now and then, it causes us to miss assignments,” freshman Michael Martino says. “It’ll be good to get new Chromebooks so that way we can be more productive in class.”

Although getting brand new Chromebooks is great news for grades , seniors will be left out and will have to finish the year with the Chromebooks they currently have since they will be graduating in 2022. Many of these seniors have had their Chromebooks since the beginning of high school.

“I sort of understand it because we’re going to be gone in eight months,” senior Jordan Whiteman says. “But at the same time I’ve had it since eighth grade so it’s been four years and it’s a piece of junk. It doesn’t really work anymore [and] it’s so slow. It’s constantly having issues and I’ve had to get it fixed multiple times.”

Despite the fact that some students’ Chromebooks run more smoothly than others, it’s safe to say that the new Chromebooks are long overdue for some.