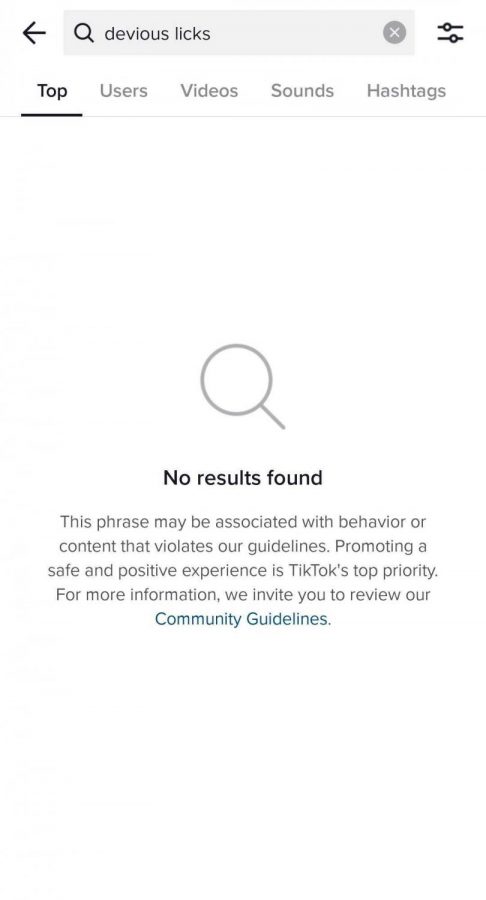 TikTok is aware of the trend and is starting to restrict user's ability to participate and share.

A new TikTok trend might be on your #foryou page. The trend encourages high school students to randomly steal items from school, like “hand sanitizer containers, soap dispensers, orange safety cones, and even metal bathroom trashcans. It’s been dubbed “Devious Licks,” which refers to an item that has been stolen without being caught.

In one instance on September 7, @mr.epicsinger gained over three million views in a video where he shows himself stealing a microscope from school.

The validity of whether these items were actually stolen, or whether they just staged it is unknown. It seems to be a mix of both. TikTok user @kartierkev11 posted himself at the driver’s seat of a school bus at night with the words, “We just hit the most devious lick of them all.”

Another user on TikTok under the name @hooligan480 staged a kidnapping of his teacher. Their caption was, “Only a month into school and already copped the most devious lick of all time.”

TikTok has become aware of the trend, so “deviouslicks” has been suspended due to “behavior or content that violates our community guidelines.”

There have been reports of people participating in this trend at McIntosh High School.

McIntosh High School’s Athletic Director and Assistant Principal Leon Hammond believes that teens who participate in this trend do not actually understand the gravity of what they are doing.

“My personal thoughts [are] I think it’s horrible. I think it’s immature and it’s not smart. I don’t think students realize the fact that not only are their parents taxpayers and that’s where their money goes,” says Hammond. “What they’re stealing [are] items that we need to help educate students.”

“Those are $200 plus machines.” says Hammond, “It doesn’t show that students are using common sense and the morals and values that their parents raised them with.”

Hammond says that “according to the Fayette County guidelines it’s based on the dollar amount, if it’s over $100 it can be considered larceny theft, which carries days of OSS, potential expulsion if it’s a number of offenses, and also restitution of the property.”

“I feel like a lot of these kids are the kids that feel disconnected from us, don’t feel like anyone cares,” says Diana Le, one of the newest McIntosh guidance counselors at McIntosh. “We all have different groups, and different likes, and all that stuff. But if we can come together, and really feel like, ‘Hey, we’re still a family, and we’re still part of McIntosh’ … we can possibly change.”