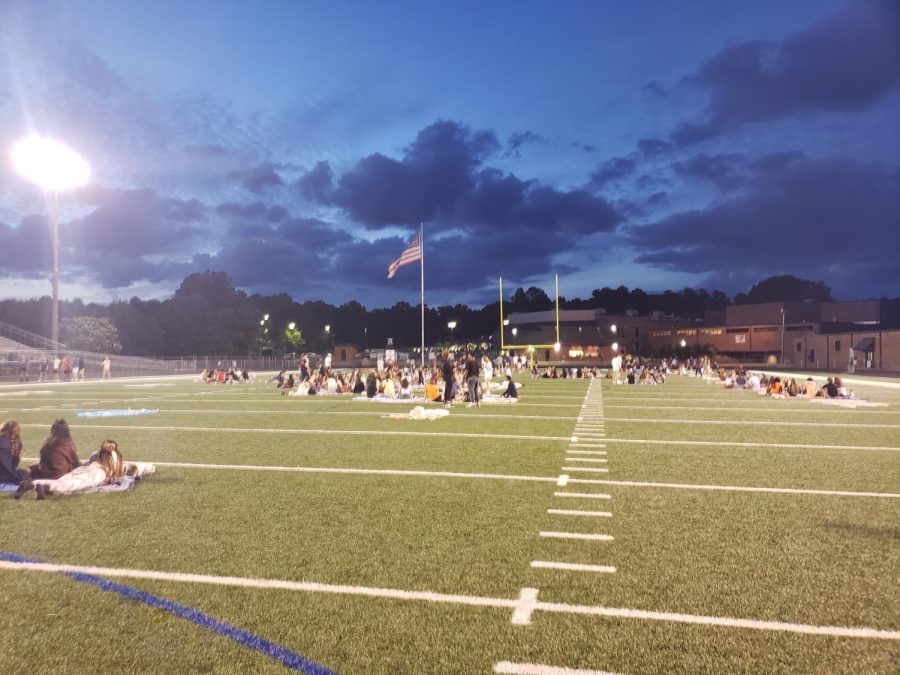 On May 19, a Wednesday evening, summer slowly showed signs of itself as McIntosh held their Senior Picnic at the football stadium. For seniors, this event marked the beginning of their end at the school.

“It was really nice to see everyone in the same place, but bittersweet knowing that this was the last time the whole class will see each other,” said senior, Mark Adams. Without a pep rally and other traditional senior events, this event was an opportunity for many seniors to feel a sense of community with their peers.

Grazing Here catered the event. In a long line leading to a food truck amidst the smell of cooked beef and fries, seniors waited cheerfully for their chance to get the meal that they ordered. In an email sent out previously this month, students were required to RSVP and choose an entree. Such entrees included a cheeseburger, hamburger, grilled chicken sandwich, veggie burger, and a variety of other foods.

Throughout the event, an announcer called out a variety of names to collect prizes.

“They picked out a couple names from a basket. Some people won a mini fridge, an air fryer, a microwave, some gift cards, TV’s, and portable chargers. I won the Apple Watch, and I felt pretty amazed that I actually won some. I didn’t expect to win anything,” said senior Kenny Lin, who was wearing the watch with a blue band at the time of the interview.

Overall during the event, a positive feeling of community was felt amongst the students.

“I enjoyed the event and being able to spend time with my friends after this crazy year of separation. It was nice coming together for one last time” said Ashlie Cincera, who attended the event.

Frisbees, baseballs, and footballs were passed between students. Some wore smiles as they ran from another student that was designated “it.” Conversations were held among people who might never get the chance to speak to each other again. Laughter and the cheers of students were heard throughout the field as the sun in a purple sky set over the school.