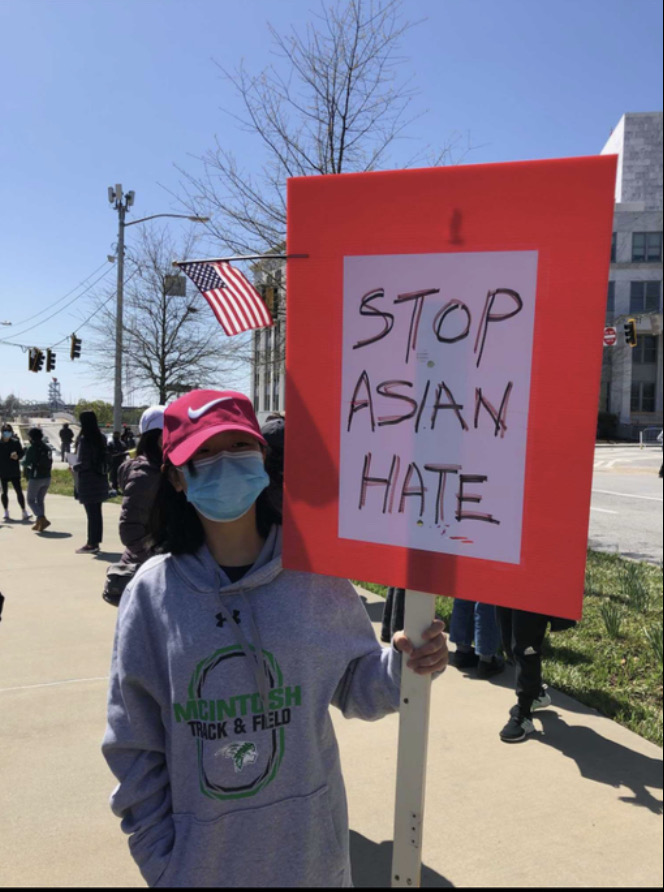 On March 16, six different spas outside of Atlanta were attacked by a violent shooter, murdering eight people, six of them being Asian Americans. There is strong evidence to support this being a hate crime against Asian Americans, as it has ignited a strong Stop Asian Hate movement across social media and the United States.
Asian Americans across the United States watched in shock as the events of the crime commenced. This past Friday, President Joe Biden took action by meeting with Asian American leaders of America and advocated for Congress to pass the Covid-19 Hate Crimes Act, as Asian American racism has been present since the beginning of the pandemic back in March 2020. Former President Donald Trump enhanced this racism in 2020 by referring to the COVID-19 virus as the “China virus” and by blaming China for the virus reaching the United States. Many senators have spoken up about this recent attack to ensure citizens that justice will be served and Asian Americans will be protected.
The crime, happening just 34 miles away, has evoked action from many Asian Americans here at McIntosh. Junior Lynn-Ann Koh attended the protest against Asian American Hate at the Georgia State Capitol to show her support for ending racism.
“Our family felt compelled to spend our Saturday to visit the Georgia State Capitol after seeing what happened on the news,” Koh said. “Our family has been blessed to be surrounded by caring neighbors and friends in America.”
The suspect has been charged with eight counts of murder and has already been confidently identified. Security footage shows the suspect entering one of the spas just an hour before the shooting. While police claim it to be too early to make a decision about motive, many Americans believe this to be a hate crime against Asian Americans.
The Stay Conscious club here at McIntosh, whose goal is to offer perspectives on systematic oppression as well as to educate about social justice issues, will be meeting this Wednesday to discuss influential Asian Americans and the recent attack on the race since the beginning of the COVID-19 pandemic. “We noticed that media attention surrounding the issue of violence against Asian Americans has been scant, and we wanted to make sure that the members of Stay Conscious Club and students at McIntosh realized that the fight against racial inequality is ongoing and extends beyond the tensions between Black and white Americans,” club leaders Tylese Rideout and Kennedi Malone said.
Mass shootings have continued to occur past this tragedy, and advocates for more gun control believe that the actions of these mass shooters across the country need to be lawfully addressed in order to save more innocent lives beyond the judicial justice of one crime after another.