Georgia Senate Runoffs: What is Next? 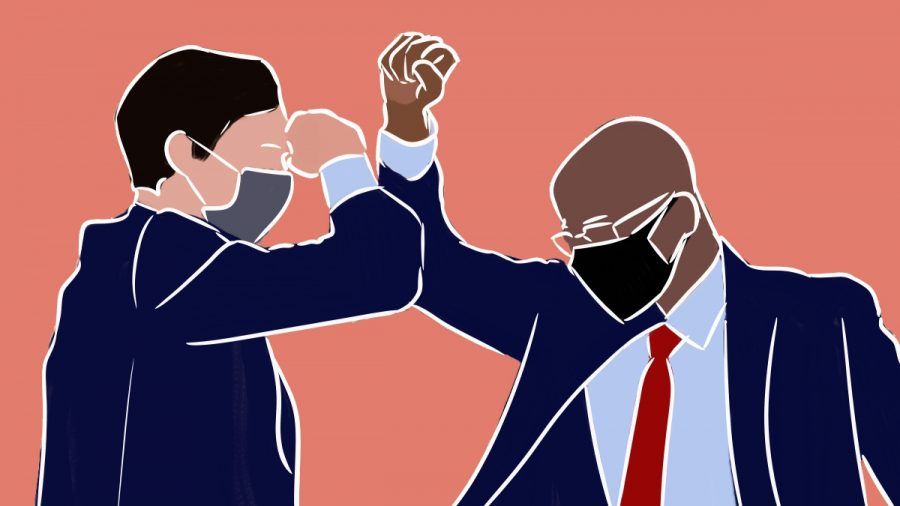 On Jan. 5, the Georgia runoff election for the Senate seats occurred, with the Republican incumbents losing their Senate seats to the Democrat candidates, Raphael Warnock and Jon Ossoff. The race was close, and the margins between candidates were less than two percent. Georgia will now be sending its first Black and Jewish senators to the capital to represent the state. The outcome of the election determined which party controlled the Senate, and now the house is split between the two as a result.

During their terms as senators, Warnock and Ossoff have promised to vote for the Democrat’s various policies.

“[Warnock] will focus on fighting for quality, affordable health care, for the dignity of working people who are paid too little as our government works more for Wall Street, and to make sure every voice is heard” said a statement posted on his official campaign website. During his ad campaigns, Warnock repeatedly promised affordable health care and appealed to the common Georgian, which likely allocated the margin that afforded him the victory.

Being another Democrat, Ossoff had similar promises for what he will do during his time as a senator for Georgia.

“I am fighting for great health care for every American with a strong Public Option and strengthened Affordable Care Act, to defend Medicare and Social Security, for historic investment in clean energy and infrastructure, to lower taxes for working families and small businesses, to defend Roe v. Wade and the privacy of women’s health care, to enact major criminal justice reform, to get dark money out of politics and end Citizens United,” said Ossoff in an official message posted on the front page of his campaign’s website. In addition to healthcare and climate change, Ossoff also promised to pass policies eliminating “dark money” donations and ending “Citizens United.”

According to Columbia Law School, dark money “refers to campaign money whose sources are not disclosed.” There have been a variety of accusations against politicians about these donations, including some of Ossoff’s former political opponents.

“Citizens United” refers to the controversial landmark Supreme Court case, Citizens United v. Federal Election Commission. In the case, it was “held that under the First Amendment corporate funding of independent political broadcasts in candidate elections cannot be limited,” according to Oyez. This decision was controversial for the precedent it set in political ads.

A little more than a week after the election, the outcome will likely have an impact in how the national government will react to the violent riot in the Capital that occurred on Jan. 6. With talks of impeachment in Congress, the addition of two more Democrats in the Senate may have an impact on what is in the future of such proceedings.