Why is Christmas Such a Big Deal? 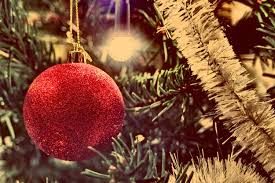 Christmas is a holiday celebrated by a vast number of people across the globe as a time to spend time with friends and family, give gifts to those we love, and celebrate the birth of Jesus of Nazareth and is celebrated on Dec. 25. But did you know that this was not always the case?

According to the Biblical Archeology Society “the date [of Jesus’ birth] is not given, not even the time of year.” Even if you look at earlier writings from the beginnings of Christianity there is no mention of celebrating Jesus’ birth. The website even furthers this in saying, “Origen of Alexandria (c. 165–264) goes so far as to mock Roman celebrations of birth anniversaries, dismissing them as “pagan” practices—a strong indication that Jesus’ birth was not marked with similar festivities at that place and time.”

Christmas was first created under Emperor Constantine of the Roman Empire during the early to mid.The educational YouTube channel, Weird History, explains that, “Constantine wanted to celebrate Christ’s birthday with a date that many people were already familiar with and honored as a day of celebration. What date was this? The same date that Emperor Aurelian had chosen for the winter solstice, and that Mithraism followers had used to celebrate their leader: Dec. 25.”

Christmas is the day that Christians take time to celebrate the birth of Jesus of Nazareth, but why is his birth so important? In order to fully understand why Christians believe that Jesus’ birth is so important, it requires us to go to the very beginning of the story.

According to the Bible NIV, the world did not come to be through the evolutionary processes that we learn in school, but through Creation. “In the beginning, God created the heavens and the earth,” (Genesis 1:1) On the first day of creation God started out with light and darkness and then finished out with the creation of man and animals. The world that God created was a good and happy place. According to Genesis 1:31, “God saw all that he had made, and it was very good. And there was evening, and there was morning—the sixth day.”

Humans were the final thing that God created. He created man out of dust and breathed life into him (Genesis 2:5-7). According to Genesis 1:26, “Then God said, ‘Let us make mankind in our image, in our likeness, so that they may rule over the fish in the sea and the birds in the sky, over the livestock and all the wild animals, and over all the creatures that move along the ground.’” There was only one rule that God gave to the first two humans, Adam and Eve. Genesis 2:16 says, “And the Lord God commanded the man, ‘You are free to eat from any tree in the garden; but you must not eat from the tree of the knowledge of good and evil, for when you eat from it you will certainly die.’”

Unfortunately, Adam and Eve eventually did give into sin. Merriam-Webster defines sin as “transgression of the law of God.” In Genesis 3, Satan takes the form of a serpent and tricks Adam and Eve into eating fruit from the Tree of the Knowledge of Good and Evil. After this happened, humans were set to be eternally separated from God. Luckily, God loved humanity so much that he created a plan. In Genesis 3:15, God tells Adam and Eve that one day one of Eve’s offspring would come and defeat the serpent and save humanity.

The story of Jesus’ birth starts in Nazareth, a town in Galilee with Mary. Luke 1:27 says Mary was “a virgin pledged to be married to a man named Joseph, a descendant of David.” Luke 1:28-33 says that the angel Gabriel was sent by God to go visit Mary and send her a message. The angel tells Mary that she will give birth to a child to be named Jesus and he will be the Son of God, the Savior that Eve was promised all the back in Genesis. The angel of the Lord visits Joseph as well and tells him that “[Mary] will give birth to a son, and you are to give him the name Jesus, because he will save his people from their sins” (Matthew 1:21).

During the time of Jesus’ birth, Caesar Augustus held a census which required Mary and Joseph to travel to Bethlehem (Luke 2). While they were in Bethlehem, Mary gave birth to Jesus in a manger because all the inns were full due to the census bringing many people to the town. The Christmas story continues with three wise men bringing gifts to Jesus, but in actuality it would’ve happened later on. According to Christianity.com, “An early and current tradition placed the coming of the Magi on the 6th of January, or on the 13th day after His birth.” Jesus’ birth is so important to Christians because it marks the day that the Messiah came to earth to defeat the serpent.

Today, there are many traditions that make Christmas what it is. One of these traditions is the exchange of gifts, which first started with the Three Wise Men giving gold, frankincense, and mer under a Christmas tree.

History.com says, “Germany is credited with starting the Christmas tree tradition as we now know it in the 16th century when devout Christians brought decorated trees into their homes.” People also decorate their houses with lights to represent the star that was over the stable where Jesus was born that guided the Three Wise Men and the shepherds to Jesus.

The tradition of Santa Claus first originated from Saint Nicholas of modern-day Turkey. History.com says, “It is said that he gave away all of his inherited wealth and traveled the countryside helping the poor and sick. One of the best-known St. Nicholas stories is the time he saved three poor sisters from being sold into slavery or prostitution by their father by providing them with a dowry so that they could be married.”

The tradition that Saint Nicholas started came over to America during the late 18th century. History.com says, “The name Santa Claus evolved from Nick’s Dutch nickname, Sinter Klaas, a shortened form of Sint Nikolaas (Dutch for Saint Nicholas). Nowadays, the humble story of Saint Nicholas has evolved into the modern Santa Claus. The modern Santa Claus lives in the North Pole with his wife, Mrs. Claus, and many elves who help make toys for all the good children in the world and deliver coal to all the bad kids using a naughty and nice list.

Another modern tradition is for Christiann families to go to church on Christmas Eve and some on Christmas day. While there, many churches will put on some sort of celebration depicting the story of Jesus’ birth and reminding people of Christmas’ origin.

Senior Jackson Langford says similarly, “[It is] spending time with my family.”