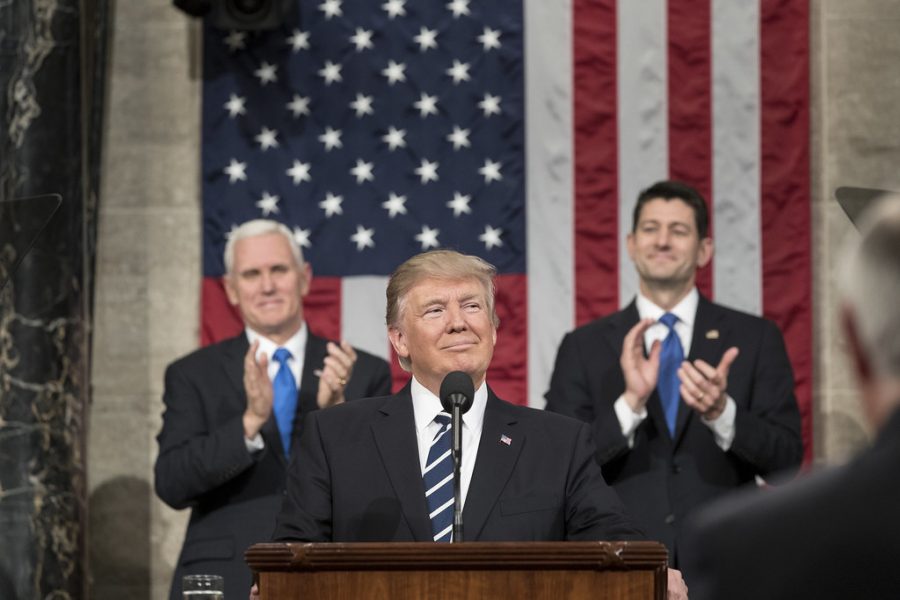 Before the election even began, the Trump campaign had confidence in their ability to win the election. The strong support behind his campaign was undeniable, as President Trump held many rallies to gain support in the polls, and every rally was well attended and filled with supporters. Trump also professed his confidence in his ability to win some key battleground states like Pennsylvania, Georgia and Michigan. He attended around 17 different rallies in the last four days before Election Day in order to gain some last minute support. The surrounding environment that President Trump put himself in at his own rallies seemed to boost his followers and his own morale and confidence in winning the next election.
President Trump didn’t just take pride in his own accomplishment and confidence, but he also aimed to make presidential nominee Joe Biden seem unfit and incapable of being the next President of the United States. Many campaign ads online have targeted Biden’s age as a possible deterrent to his ability to be president. Examples of these ads include “Joe Biden is clearly diminished” and “Do you think Joe Biden has the mental fortitude to be president?” The American people also saw the blatant attacks by each presidential candidate on each other in the presidential debates as well.
While many organizations projected otherwise, President Trump remained confident in his ability to secure the position as the 46th President of the United States. Early election results showed President Trump having a slight edge over Biden, and the race remained close and disputable, as the electoral college remained within 50 votes between each candidate. President Trump’s confidence was apparent even on Election Day, as he began to make claims about victory before the final results were announced. He stated “frankly, we did win the election” on election night, and the results had not been announced yet.
Trump eventually gained his southern powerhouse states towards the end of the election, including South Carolina and other southern states, and eventually got Texas and Florida after much dispute.
One state that became controversial was the state of Georgia. Georgia votes are still not confirmed, as the political division of the state shows strongly for the first time in many years. The last time Georgia voted for the Democratic Party was 1992, so when Biden and his supporters found out they could have a chance, Georgia became a true battleground state and has left the Trump administration on their toes. Even though the state is still unconfirmed, the Trump campaign is demanding a recount in the state. Because the election was close this year, the victory could shift completely just from one or two battleground states.
President Trump has refused to concede the power to Biden next year until he takes all the legal action necessary to make sure that all votes have been accounted for and that there is no voter fraud in key battleground states like Michigan and Wisconsin. In order to secure his claims of victory to be true, there is evidence to support that President Trump will do everything in his power to change the results of the election. “We will win this,” Trump said. “As far as I am concerned we already have won it.”