As Halloween slowly approaches, the Centers for Disease Control and Prevention has released some guidelines for the holiday as a response to the current pandemic. Halloween, which includes the tradition of trick-or-treating, raised some concerns about the potential spread of COVID-19 in a community. In response to these concerns, the CDC listed guidelines for the fall holiday. These guidelines were included in a section of their official website.

“Traditional Halloween activities are fun, but some can increase the risk of getting or spreading COVID-19 or influenza. Plan alternate ways to participate in Halloween,” said the CDC in the holiday guideline portion of their website.
These alternate activities include staying at home with family members and doing Halloween related activities such as watching a horror film or carving pumpkins. Trick-or-treating will have to be modified this year to prevent the spread of the disease.
“Set up a station with individually bagged treats for kids to take,” said the CDC when talking about the activity. By following this guideline, the agency says that the activity will be moderate risk rather than the high risk associated with the traditional practices of the holiday. Other guidelines were included on the website.

Masks and washing hands are highly suggested by the agency. The CDC highly encourages those to continue practicing social distancing, as the pandemic has no clear sign of stopping in the United States. 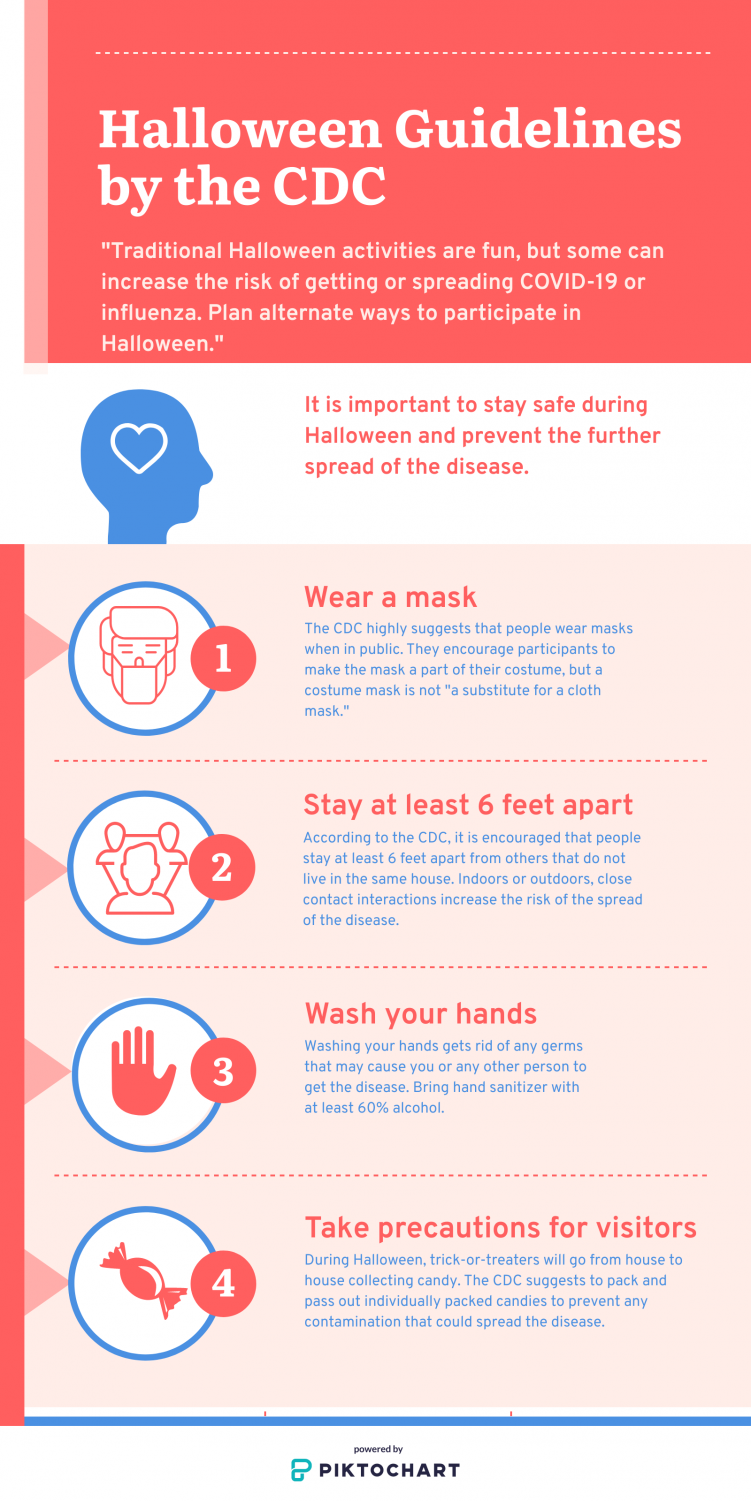 “This past week, the United States of America reported the largest increase in newly reported cases since early August, with over 327,000 cases reported” said the World Health Organization in a report released on Oct. 11.