The Movie Theaters are Open and Ready 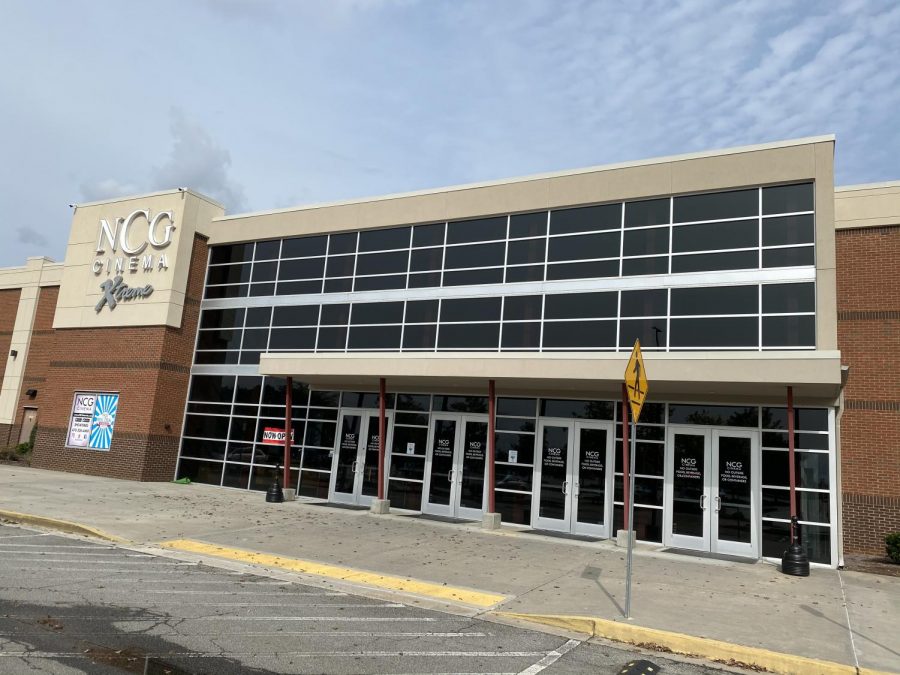 This is the NCG across from Sam's Club. All the people interviewed work at this movie theater.

“I think we closed down, it was the second week of March,” said Sebastian Rabanal, an employee at NCG, who has been working there for about four years. “They just told us that everything shut down on this day, at this time, and we’re all just … not gonna have jobs for the moment.” The movie theaters stayed closed for about four months.

What many people do not know is that the movie theaters were selling popcorn during the shutdown.
“We [did] an event called Popcorn To-Go, where people were allowed to call in and order popcorn,” said Chris Mullins, manager of NCG.

The movie theaters have been taking many actions in order to let the public know that they are open.
“Once we opened back up, we got out [on social media] … that we were open,” explains Mullins, “Then we offered specials for the month of July and for the month of August, [and] all movies were free on Wednesdays.”

In order to continue making money, they started off showing old movies.
“We’ve been having old movies,” said Rabanal, “like right now we’re showing ‘Black Panther’.” When NCG first opened, they were only showing old throwback movies up until recent times.

The movie theaters as of late have not received much traffic. When it comes to traffic it’s “a little slow, but we’ve been getting people here and there,” according to Nolan Newberry, a recent hire.

Isabel Garcia, who is also a recent hire, commented, “We tend to get more busy on the weekends. But still, it’s usually, like, maybe on a good day, it’s [around] 300 people a day. On a bad day, it’s 30 something people a day.”

The theaters have also started cutting down on how many people they allow in one particular theater at the same time.
“So we’ve limited all of the rooms to 50% capacity. We’ve also blocked off certain amounts of seats in the room itself. We’re asking people when they come in to make sure that they are socially distancing themselves when they’re picking seats,” said Mulins. “We’re also getting a cleaning plan. Every thirty minutes we’ll go through and clean the theater, any high touch points.”

High touch points can be defined as “any door handles, door knobs, drink machines, pull handles, just anything that [customers] will constantly be touching while they’re in the theater,” illustrates Mulllins.

Conner Bushmire is a senior at McIntosh High School and went to go see “Inception” with his friends around a month ago. “There weren’t a whole lot of people there,” said Conner, “I mean there were only a couple workers.”

Bushmire also comments, “Everyone’s wearing face masks, and that protects you, and protects other people, and I’d say they’re doing more than an adequate job trying their best to social distance and keep the environment COVID free.”

Morgan noted on how he saw, “[The workers] doing all this social distancing, wearing protective equipment, and cleaning the theater and everything.”

He also commented, “for ‘Bill and Ted [Face the Music]’ there was [a lot of people. For] the ‘Karate Kid’, there weren’t as many because I don’t think many people knew that they were playing old movies at the movie theater.” So it really does depend on the movie you watch, whether or not the theater will be busy.

When it comes to going to the theaters, you “don’t have to worry about anything, because the way we do things in social distancing here is really, really safe and secure” assures Garcia. “We have had no one feel uncomfortable with it, and we fill the theaters to half capacity, and we wipe them down every single time they’re used with a hospital grade disinfectant.”