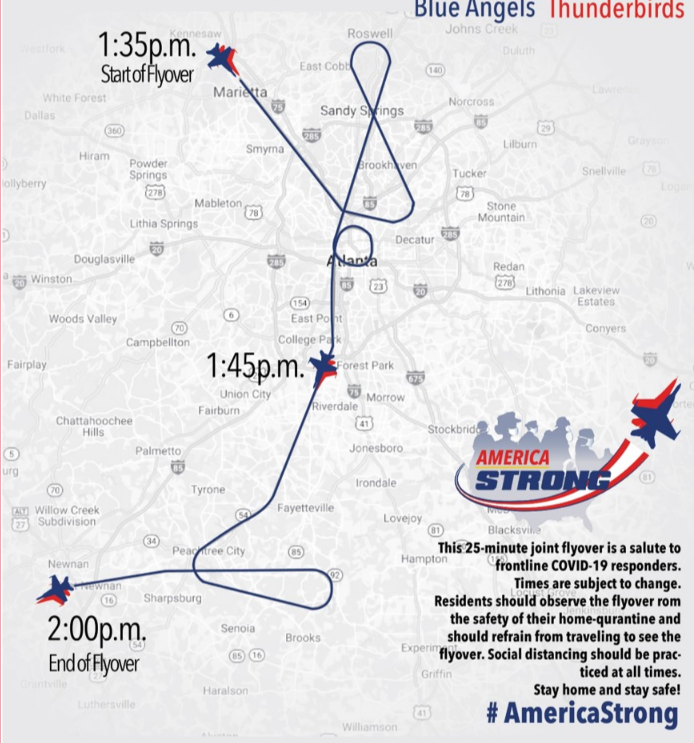 On Sat. May 2, 2020, the Navy’s Blue Angels and the Air Force’s Thunderbirds will be flying over multiple cities to commemorate all of the healthcare workers’ hard work during these trying times. Downtown Atlanta, Washington D.C. and Baltimore are the three cities in this region that the planes will be flying over.

If those who live in these major cities should be able to see the planes from the comfort of  home. The show will still allow viewers to practice social distancing and be safe. People are also not encouraged to gather around hospitals or in large crowds in order to watch the show.

The Blue Angels and the Thunderbirds are scheduled to start flying at 1:35 p.m. eastern time. The show will last around 25 minutes at maximum.

According to the AJC, U.S. Air Force Lt. Col. John Caldwell stated that “[they] are honored to fly over these cities in a display of national unity and support for men and women keeping our communities safe.”
https://www.ajc.com/lifestyles/blue-angels-fly-over-atlanta-honor-frontline-workers/x1ZfVEOILkYtCszgaS34TL/