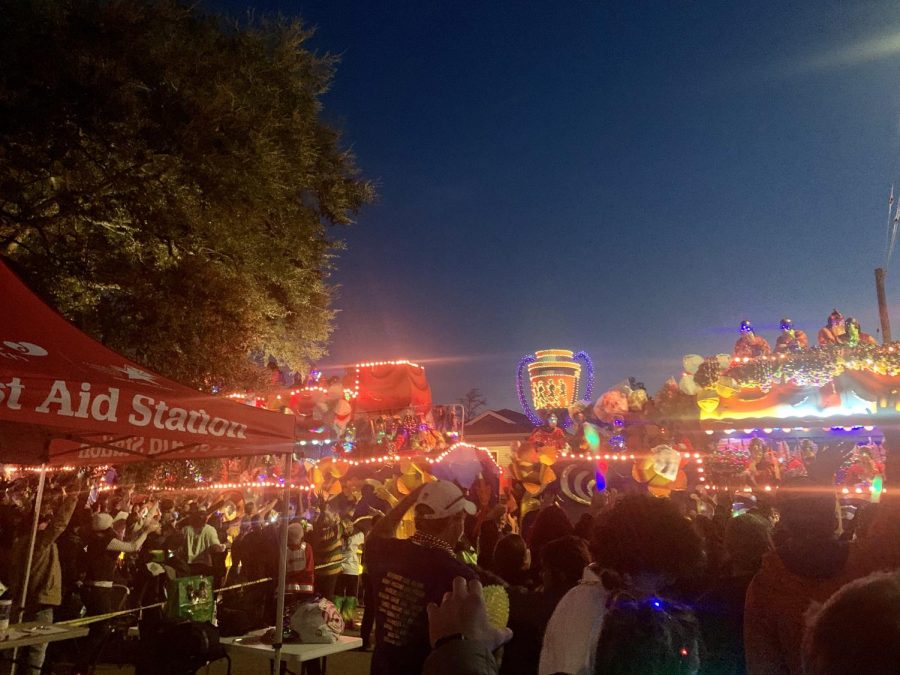 Many people associate Mardi Gras with alcohol, college students, and litter. While all of these may be apply to a certain extent, Mardi Gras is much more than that.
Mardi Gras is celebrated in several cities across the United States, including New Orleans and Mobile. It is the last day of the Carnival season and the final day of celebration before Lent. This year, Mardi Gras fell on Feb 25; however, in New Orleans, the parties and parades start over a month earlier. The parades are organized by groups called “krewes,” who also plan balls and parties for the float riders. During Mardi Gras parades, “throws” like beads, stuffed animals, and plastic coins are tossed from the floats. Often, throws are designed to match the theme of the parade.
For many New Orleanians, as well as visitors, the week leading up to Mardi Gras is essentially a week-long festival. The celebration takes over the town. Restaurants offer themed food in green, purple, and gold, every tree in the city is covered in beads, and many schools, colleges, and jobs shut down for a few days. However, Mardi Gras is not free from repercussions, controversy, or tragedy.
Unfortunately, Mardi Gras has a history of racial discrimination. According to Tulane University, many Carnival traditions stem from racism, and white privilege is still evident in many aspects of parades. For example, despite city ordinances, some krewes continue discriminate on the basis of race, sexuality, gender, and religion.
While Mardi Gras has the potential to be a safe, enjoyable family event, it can also be extremely dangerous. This Carnival season, a woman was run over and killed by a parade float. Then, at a separate parade, a man was struck and killed by a float. These horrific accidents are New Orleans’ first float-related fatalities since 2008.