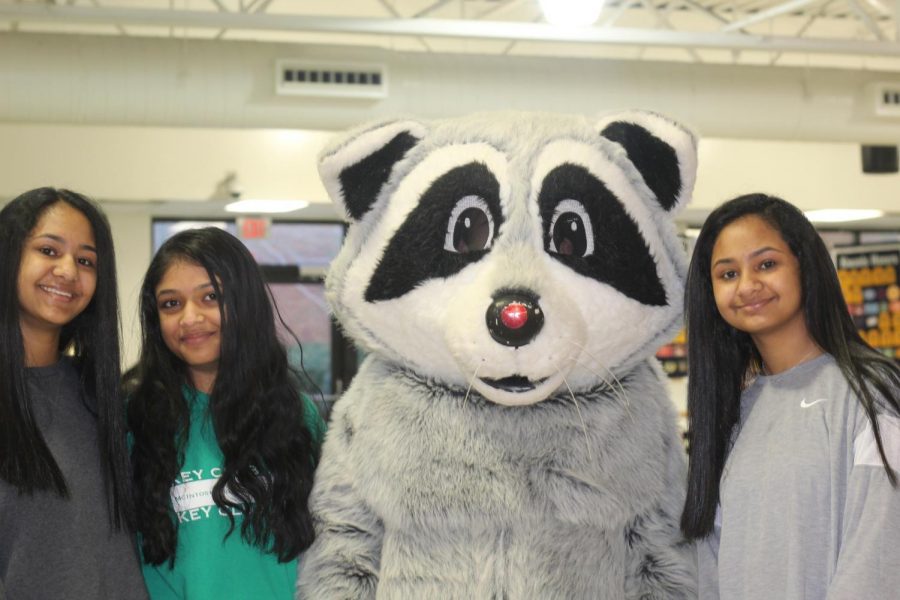 On Jan. 25, the 29th Peachtree City Kiwanis Pancake Breakfast was hosted in the McIntosh High School cafeteria from 7:00 a.m. to 1:00 p.m. During this event, attendees were given an all you can eat breakfast which not only included pancakes, but this breakfast also included sausage, juice, milk, and coffee. The admission price for this event was nine dollars for adults and free of charge for kids of the age of four and under. Some of the organizations that benefited from the funds that were collected from this are the Peachtree City Police Dept’s D.A.R.E Program and GA Sheriffs Youth Homes. McIntosh Key Club members volunteered during this event alongside volunteers from different organizations. “I love that McIntosh Key Club has a visual presence at this event,” said McIntosh Key Club sponsor Ms. Edenfield. McIntosh Key Club members assisted in setting up this event, serving breakfast to attendees, and even dressing up as Flap Jack the Racoon.”I thought enjoyed volunteering at my first Kiwanis Pancake Breakfast because the other volunteers from Kiwanis were helpful,” said senior officer of the McIntosh Key Club Jovita