McIntosh Student Travels to Pheonix to Compete in ISEF 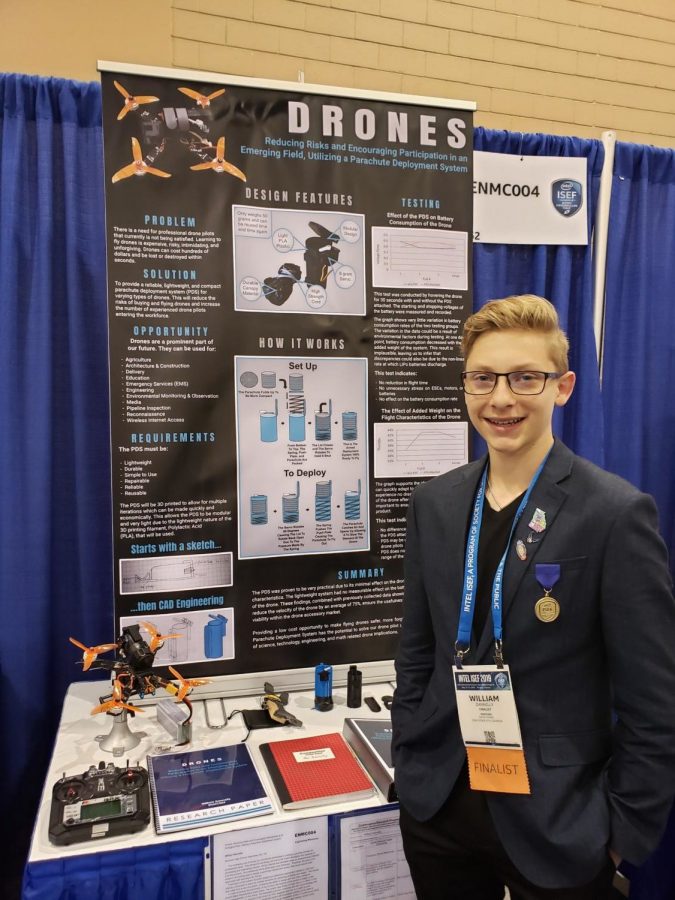 One McIntosh student had the opportunity to travel to Phoenix, Arizona to participate in a world-renowned science fair. Mac Dannelly participated in the Intel International Science and Engineering Fair. 1800 students came from across the world to present their science projects to the judges. The fair lasted for six days. The competition was fierce overall.

The students who went were able to interact with each and talk about their projects with another. The fair gave the students the opportunity to learn from each other and develop communication skills with their peers. Dannelly was able to meet people from many different countries. “It was super cool to be able to go and meet a lot of people from around the world,” he said. “I made a lot of friends from Germany. There were a lot of different countries there and it was super cool to interact with different cultures.”

Mac is also one of the programmers for the drone team at McIntosh. His project had something to do with drones which is something that he enjoys in his free time. “I made a parachute deployment system for drones, so you could recover a drone in the air,” said Dannelly.

In general, ISEF was an incredible learning experience for Dannelly and it gave him an opportunity to meet many people from across the globe. ISEF is an extremely hard competition to get into so it is a true accomplishment to have one of our own represent us there.