What’s Going on with the Unity Project? 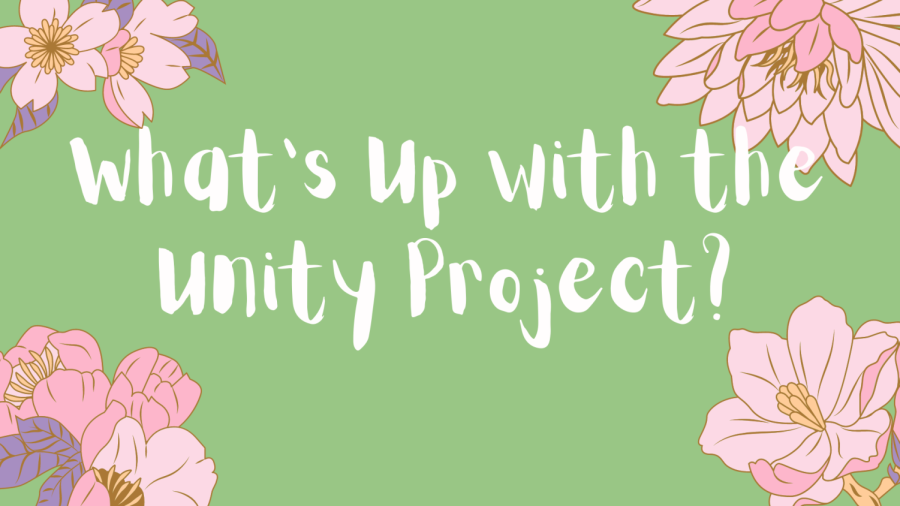 The Unity Project is a club that exists in order to give community service opportunities to students, better our community and to help the mental health of the students at McIntosh. The club is run by seniors Supriya Marwaha and Tracy Guo.

One of the things that differentiates the Unity Project from other organizations is the amount of community service opportunities they provide. “I love helping the community and I find it hard to find opportunities to volunteer unless there’s an organization posting it, which doesn’t happen often,” says Marwaha. “A lot of the organizations at our school from what I’ve noticed, post them maybe a few every month and we just wanted to create a lot of opportunities so people could volunteer as much as they want.”

Another organization that the club has worked with is Healing for Heroes, an organization that provides service dogs to wounded veterans. The Unity Project went and participated in the Dragon Boat Race. “[T]hat’s where we sold golf cart tickets to people,” says Guo. “And we ended up selling well helping sell 7000 tickets. So that was really cool.”

The Unity Project is also focused on making volunteer opportunities more accessible to students without cars at McIntosh. “[W]e still try to make it as convenient as possible with location. It’s mostly in Peachtree City for the sake of golf carts and the ones that aren’t you have the option to say you can’t go,” says Marwaha. “I mean we’ve had freshmen come to events outside of Peachtree City, they had their parents take them, but most of our events center in Peachtree City so that’s one big thing.”

Along with community service endeavors the Unity Project has also started Kindness Matters, a project that focuses on the mental health of students at McIntosh.

The Unity Project is also interested in working with other clubs at McIntosh. “[A]nother thing that’s really cool about the Unity Project is that we kind of work with all the other organizations at our school the best way we can so that way we could also increase the amount of people who show up,” says Marwaha. “A lot of the clubs that Macintosh do have the same initiative of just spreading kindness and gratefulness and maintaining the awesome city that we have. So, we also would love and we are trying to currently collaborate with some clubs around McIntosh to make that happen.”

“It’s a way to volunteer outside of the school, which is important to get exposed to other communities because I feel like just McIntosh itself is awesome, but it’s good to know what’s around you in the community you live in,” says Marwaha. “So in a sense, you’re just helping yourself, you’re helping your community. It’s kind of it’s for you so I mean that’s kind of what I would say about it.”