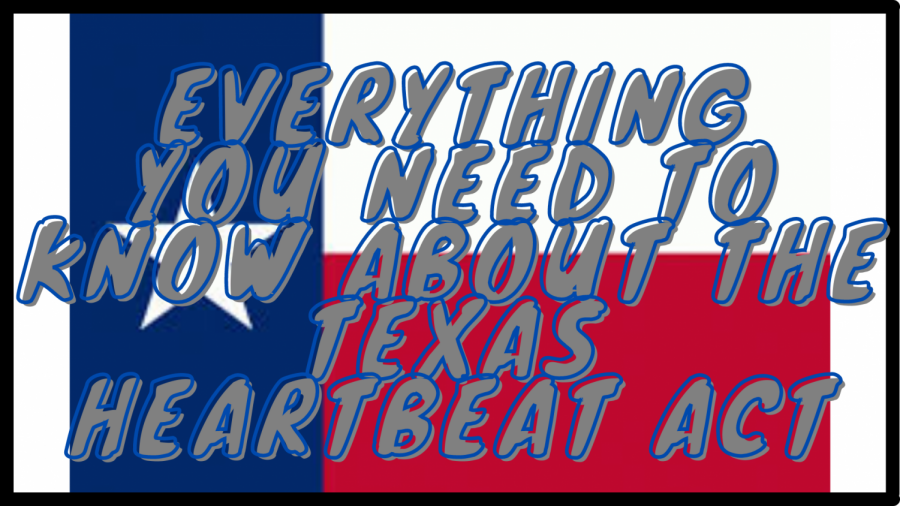 The new Texas Heartbeat Act allows individuals who help women obtain abortions past the point of cardiac activity to be sued for a minimum of $10,000.

Texas just introduced a new law that intends to limit abortions after the 6 weeks mark in pregnancy that will be in effect as of September. This is being considered the biggest push on abortion since the Roe v. Wade landmark decision.

The first case is Roe v. Wade which was the landmark Supreme Court decision that “established a woman’s legal right to an abortion, is decided on Jan. 22, 1973.”

During 1970, Jane Roe (a pseudonym name given to the plaintiff on court documents to protect her identity) sued the then district attorney of Dallas County, Texas regarding a law that illegalized abortion unless it was to save a woman’s life. Her argument was that the law was “unconstitutionally vague,” and violated her rights to privacy as guaranteed by the first, fourth, fifth, ninth and fourteenth amendments.

The court decided under the Due Process Clause of the Fourteenth Amendment that a woman has the right to privacy as to whether she chooses to have an abortion. It is to be noted that Roe v. Wade does not protect all abortion. The state law also takes the “potentiality of human life” into consideration when determining when a woman can receive an abortion.

Under Roe v. Wade, depending on what trimester you are in pregnancy will determine how much state regulation you are subjected to.

“In the first trimester of pregnancy, the state may not regulate the abortion decision; only the pregnant woman and her attending physician can make that decision.”
“In the second trimester, the state may impose regulations on abortion that are reasonably related to maternal health.”
“In the third trimester, once the fetus reaches the point of ‘viability,’ a state may regulate abortions or prohibit them entirely, so long as the laws contain exceptions for cases when abortion is necessary to save the life or health of the mother.”

Another lesser known law about abortion is Planned Parenthood v. Casey. The central topic being debated in this case was whether or not the law in Pennyslvania requiring a woman who wanted an abortion to obtain informed consent, wait 24 hours, notify their husband if applicable, and if minors, obtain parental consent violated what was already established in Roe v. Wade. The result was that all of the requirements listed above were still applicable with the exception of the requirement to notify their husband.

“The new standard asks whether a state abortion regulation has the purpose or effect of imposing an ‘undue burden,’ which is defined as a ‘substantial obstacle in the path of a woman seeking an abortion before the fetus attains viability.’”

In June 2014, Louisiana passed Act 620 which required doctors that provided abortions to also work at a hospital that is no more than thirty miles from the abortion facility. While Louisiana’s Act 620 was experiencing success in the district courts, a similar law was shot down in Texas under the court case Whole Women’s Health v. Hellerstedt (WWH) in the supreme court. In the Texas case the act was deemed to have no health benefits and placed “undue burden” (as established in Planned Parenthood v. Casey) on women seeking abortions. The result was June Medical Services LLC v. Russo. The result was a 5-4 decision in June Medical’s favor.

Georgia also attempted to introduce a heartbeat bill. In 2019, Georgia’s Governer Brian Kemp passed legislation that would ban abortion after the point in pregnancy that cardiac activity could be detected. This was ultimately shot down on July 14, 2020 by a federal judge.

Sixteen states in total have attempted to ban abortions completely, and 43 states have attempted to put restrictions on when you can have an abortion. In Alabama, Arizona, Arkansas, Louisiana, Minnesota and Oklahoma there must be a physician present during the abortion procedure if it occurs after a certain stage in pregnancy depending on the state.

It’s quite simple. According to The Texas Tribune, “Instead of having the government enforce the law, the bill turns the reins over to private citizens — who are newly empowered to sue abortion providers or anyone who helps someone get an abortion after a fetal “heartbeat” has been detected. The person would not have to be connected to someone who had an abortion or to a provider to sue.” Note that this law is not targeted towards women having the abortion, but the individuals that help women get abortions.

In short, if an individual helps a woman have an abortion past the time that a fetal hearbeat can be detected, the new Texas Heartbeat Act authorizes any private citizen to sue. The Heartbeat Act for Texas was signed by Governor Greg Abott in May and has been put in effect as of this September.

Josh Blackman is a constitutional law professor at South Texas College of Law Houston. “It’s a very unique law and it’s a very clever law,” says Blackman. “Planned Parenthood can’t go to court and sue Attorney General [Ken] Paxton like they usually would because he has no role in enforcing the statute. They have to basically sit and wait to be sued.”

The reward for successfully suing someone is at the lowest $10,000 along with the cost of attorney fees. On Sept.1, 2021 abortion providers attempted to block the new Texas abortion statute but failed on a 5-4 vote.

It is to be noted that Texas’ new legislation provides a perfect outline for other states who would like limit abortions as well. According to the Washington Post, “Republican officials in more than a half-dozen states across the country moved this week to replicate Texas’s restrictive abortion ban after the Supreme Court declined to step in and stop the law from taking effect.

On Sept.9, 2021 Garland announced that the Justice Department will sue the state of Texas on the grounds that their new legislation was “unconstitutional.” The Justice Department believes that the new bill places “undue burden” on women seeking abortions which in turn violates the Planned Parenthood v. Casey decision.

Opponents of the law believe that the law “deputizes” citizens. “It does not rely on the state’s executive branch to enforce the law, as is the norm in Texas and everywhere else,” he said. “Rather, the statute deputizes all private citizens, without any showing of personal connection or injury, to serve as bounty hunters, authorized to recover at least $10,000 per claim from individuals who facilitate a women’s exercise of her constitutional rights.”

President Joseph R. Biden believes that the majority decision to keep the Heartbeat Act in effect was “an unprecedented assault on a woman’s constitutional rights under Roe v. Wade, which has been the law of the land for almost 50 years.”

Advocates of the law believe that the Texas Heartbeat Act is just the first step on a long journey towards ending abortion completely. Ranae Eze is the press secretary for Governor Greg abott.

“The most precious freedom is life itself,” Eze said. “Texas passed a law that ensures that the life of every child with a heartbeat will be spared from the ravages of abortion. Unfortunately, President Biden and his Administration are more interested in changing the national narrative from their disastrous Afghanistan evacuation and reckless open border policies instead of protecting the innocent unborn. We are confident that the courts will uphold and protect that right to life.”

Furthermore, Texas Attorney General Ken Paxton believes that the Biden administration “should focus on fixing the border crisis, Afghanistan, the economy and countless other disasters instead of meddling in state’s sovereign rights.”

According to npr.org, “The Justice Department is seeking a permanent injunction from a federal court in the Western District of Texas. But it’s likely the U.S. Supreme Court will have the final word on the matter.”