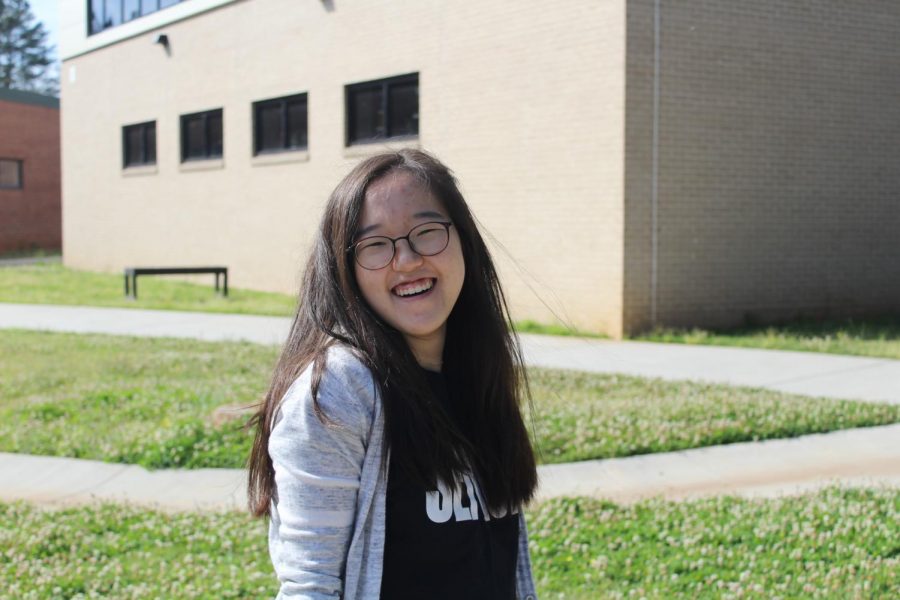 “I like to think that, as the Features Editor, I helped find people in McIntosh who don’t usually have their stories told. I like to say that I helped them get their stories out and helped show McIntosh how diverse of a place it is.”

“I was one of the first people to be on the Trail staff after a big reorganization, so I like to think that I helped at least a little bit with getting the Trail to where it is now; whether that be inside or helping people with stories. Especially this year with COVID. It’s been hard to get stories and quotes and photos. I’d like to say that I have helped set up the Trail for the next few years.”

“I plan on attending UGA.”

“I’ll be studying English. What exactly in English, I’m not sure. I might switch to journalism. I do want to do something with writing because I do like writing. I’m looking forward to it.”

If you have plans other than college, what are they?

“I don’t really have anything.”

What are some words of wisdom that you have for returning staffers or newcomers to the Trail?

“Pay attention to deadlines. Half of the time, the problems that you think you have aren’t as bad as you think they are, so relax and don’t stress about it. Keep working on it.”