What It’s Like To Be a Teen In the Midst of a Natural Disaster: Samuel Ramos 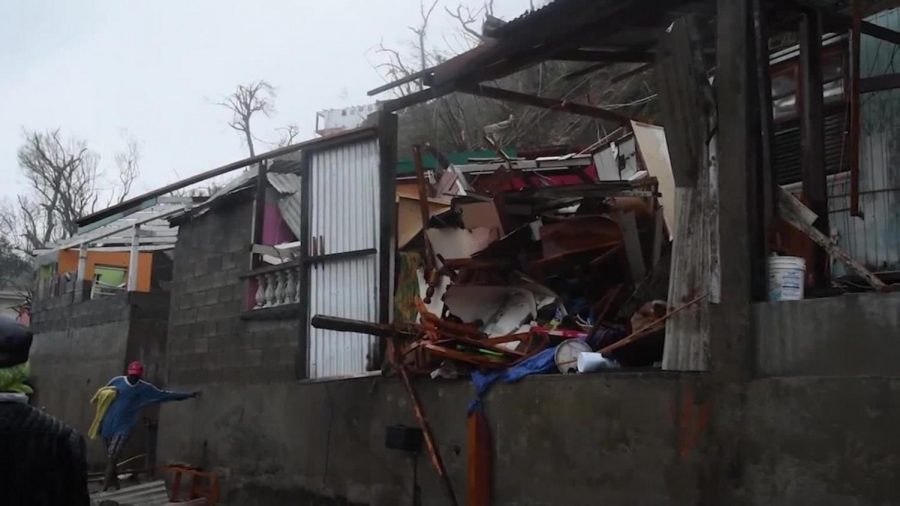 The hustle and bustle of the holiday season has just begun with Thanksgiving gone and Christmas approaching. Some people have already began to draft their Christmas wish list. There is nothing wrong with doing so except for the fact of drafting a Christmas wish list and adding five more items to the finalized copy. When it’s actually thought about, the unsolved question of whether or not we need all the items listed arises. Before picking up a pencil, the value of the items in mind should be determined like choosing over a new flat screen television or sleeping in the comfort of the house that you’ve lived in for all your life for just one last night. The choice would be simple for a teenager who has just lost their home to the Maria Fire in Southern California in Oct. Knowing what is now on the minds of teenagers who lost so much during that natural disaster, especially during the holiday season could be hard to imagine. Being a teenager can be hard enough with finding out who you are, but having to think about where you’ll lay your head down the next night amplifies the confusion.

McIntosh sophomore Samuel Ramos knows how it feels to be a teenager in the midst of a natural disaster. He lived through Hurricane Maria which happened two years ago in Puerto Rico. Hurricane Maria is considered as the most destructive tropical storm to have ever hit Puerto Rico in nearly a century. He moved from Puerto Rico to Peachtree City, Georgia on Aug. 24, 2019. Although Hurricane Maria happened two years ago, he can still recall how he felt during that time. He still remembers the exact time and date that the tropical storm began to enter Puerto Rico which was exactly 3 a.m. on Sept. 20, 2017. The city in Puerto Rico that he lived in at the time was Carolina which is located on the island’s northeastern coast. Although he lived in an area of Puerto Rico that wasn’t as gravely impacted as some of the other cities in Puerto Rico, he and his family lived in a shelter for two months since their house didn’t have any electricity.

Instead of looking at this event as though it meant the end of everything, he tried to make what followed after Hurricane Maria better by helping people who weren’t as fortunate. After the tropical storm swept through the island, he and his family helped by handing out bottles of fresh drinking water and food to people who lived in the most devastating parts of the island which were people who lived in the mountains. He knew that there was no point of having any self-pity since there were far more people on the island who lost even more than he did.

He and his family stayed one year and seven months post-Huricane Maria. During the course of the tropical storm, he dealt with the loss of a great family friend, the loss of friends who lost their lives to the tropical storm, and the loss of friends who moved to the United States soon after. He lost so much, but he didn’t want to leave Puerto Rico since it was the only place that he knew as home. Hurricane Maria was only another natural disaster that appeared all over the media to some, but Hurricane Maria was and will always be apart of his life. Similar to what can be said about the teenagers who lived through the Maria Fire. He would like to offer some words of advice to teenagers who are currently living through a post-natural diasaster.