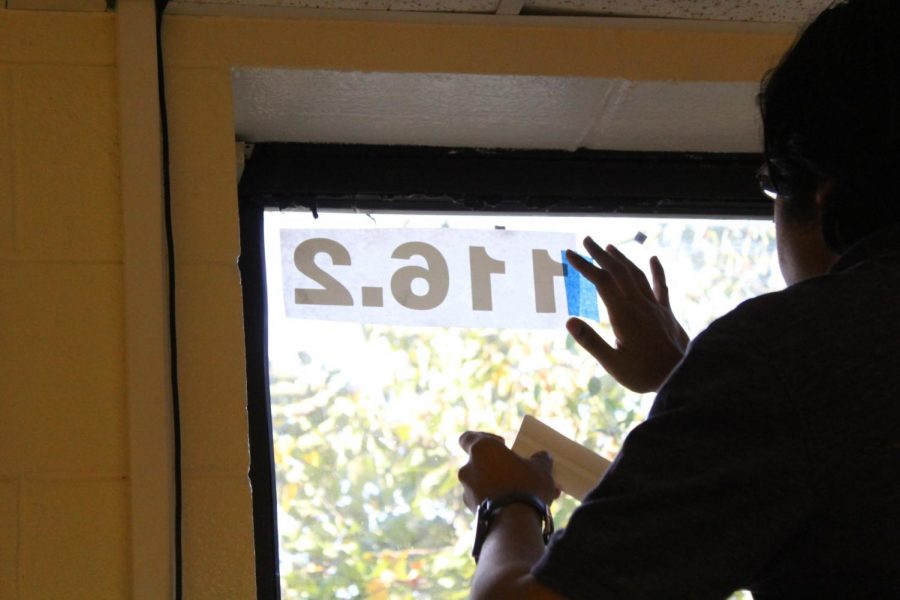 Room number being placed on a window

The issue of school safety has been in the spotlight of media and individuals all around America. Changes have been made in schools across the nation to make students feel more safe and secure during school hours.

On Oct. 3, Robbie Thuon took matters into his own hands to try and make students feel safer. For his eagle scout project, he gathered a group of friends and fellow scouts to place room numbers on the windows facing the outside of the school. The purpose of displaying the room numbers on the outside is to inform emergency response members as to which room each room is from the outside.

Thuon found inspiration for this project from the recent tragedies that have occurred in schools nationwide as well as from other scouts. Similar steps have been taken in schools such as Flat Creek according to Thuon for cases such as “a fire and students are trapped or there’s a gunman in the building.”

Thuon has been working on this project since July to increase student safety as well as achieve the rank of eagle scout. Once the project is completed he will have achieved a goal of his while making his community safer at the same time.