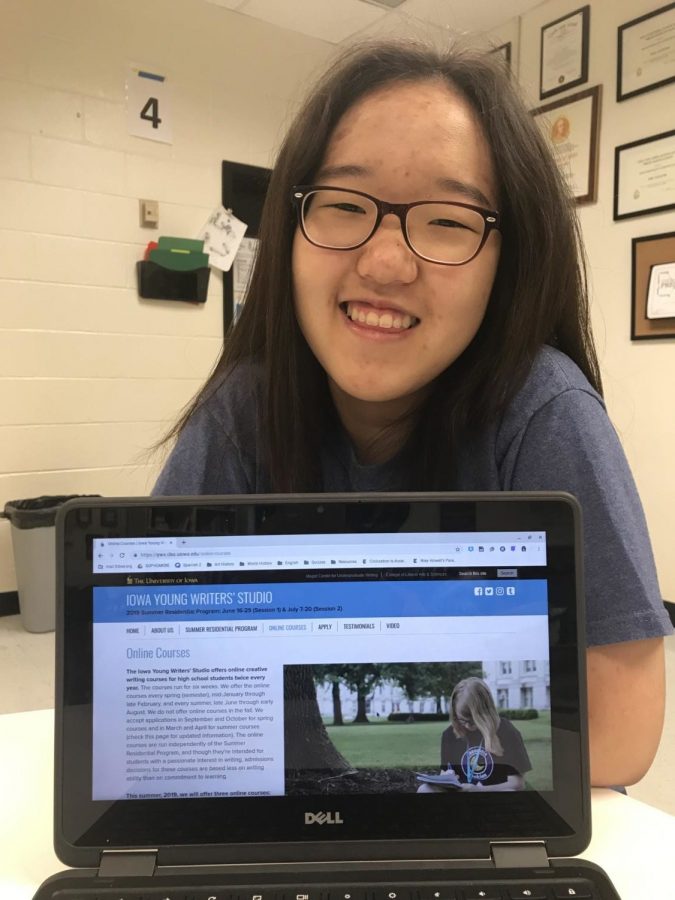 After many years of hard work and effort, McIntosh Trail staff writer, Yunju Lee, has been accepted into the Iowa Young Writers Studio. The Iowa Young Writers Studio is a very prestigious creative writing summer program. It is a very difficult program to get into and many people try to get into this program. The creative writing course is hosted by Iowa University, but Yunju will not be staying at the campus itself. She will be taking the online course. The course lasts a couple of weeks between the months of June and August.

Yunju was extremely surprised when she got accepted. “I know there was a lot of applicants and they had moved the deadline back because there were so many applicants,” said Yunju, “When I got the email that had been accepted, I was not expecting that at all.”

Yunju believes that one of the main reasons why she got accepted was because of her teacher recommendation letter. “I know Mrs. Woolf said that she called the director when she was writing the letter and she had talked to him before,” said Yunju, “I’m really thankful for her for doing that.”

Yunju has always aspired to be a writer, so getting into the program was an amazing opportunity for her. “I’ve had an interest in writing since the third grade. I started taking writing classes in the eighth grade,” said Yunju, “I’m excited about the course because I think with this course, you can explore different types of writing.”

She will be able to learn new things about writing from the program that she will not be able to learn at school. Everyone in the Trail staff is proud of her and we are excited for what’s to come.