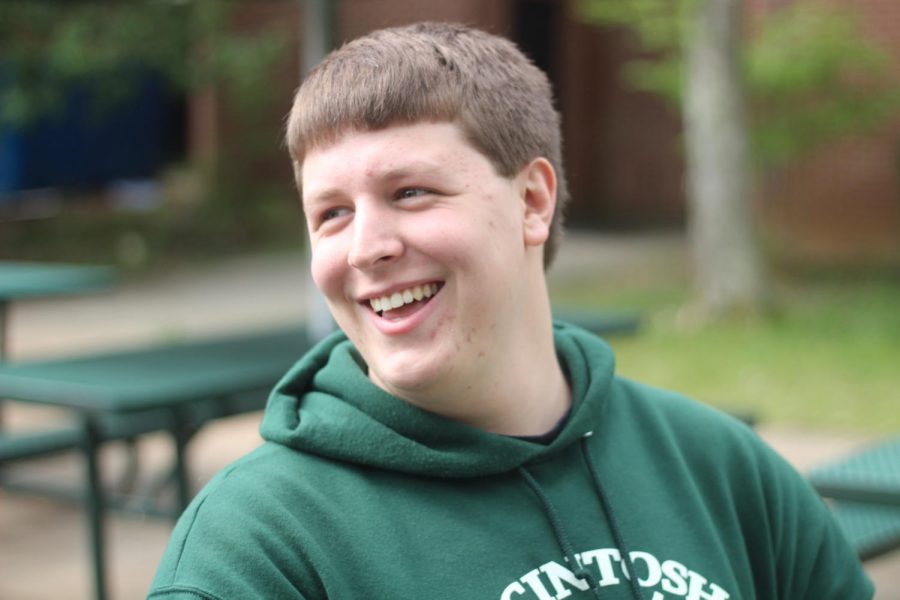 “I’ve been in German Club and Web Design Club. Of course, I’m a part of the school newspaper. It’s my first year here in the newspaper, so that’s interesting. Other than that, I’ve just tried to be nice to who I can and respect people and their decisions. There are so many different people here. We all have conflicting ideals and views.”

“Now, it’s a pathway, so that’s interesting. I guess just by joining the class, I suppose helped. It’s a pathway because it has enough people now. That’s the whole reason. I’ve tried to write some interesting articles. I wrote what I felt needed to be written.”

“I do plan on going to college. I have a job at Publix, so I don’t want to go far. I can’t really move without disrupting that. My plan is to work at Publix part time and get my prerequisites done, which is basically my first two years of classes. I’ll probably do that at Clayton State or Georgia Military College.”

“I have always been interested in people. I don’t know if I want to be a counselor or a psychiatrist, but I do want to do something where I’m interacting with people. I like figuring out people and how they think. I think it’s interesting.”

If you have plans other than college, what are they?

What are some words of wisdom you have for returning staffers or newcomers to the trail?

“Anyone who’s going to try to be in journalism, definitely know what you’re getting into. If you’re not a big fan of writing, It’s a writing class. When I went into it, I didn’t realize that. It’s not a problem now. At first, I got a little anxious because it’s a lot of work on top of the ridiculous amount of work that the seniors already get. It’s not a bad class. It’s really a fun class. Everyone in the class gets along with each other. We all learn how to be friends with one another. I guess we’re sort of like a family in some ways.”