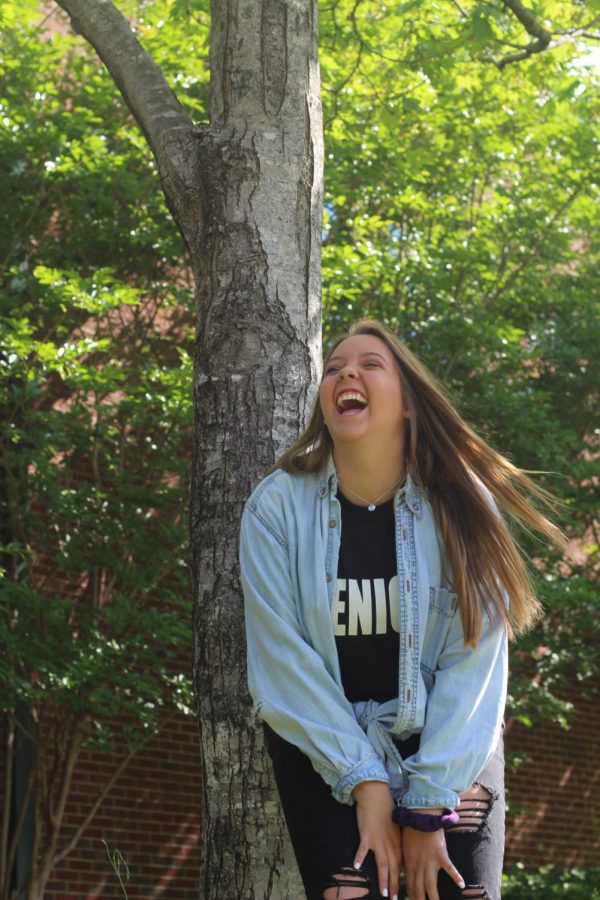 “I wouldn’t say I made McIntosh a better place, because that’s a big statement. I’m an officer in HOSA and I made the Every 15 minutes video. That’s all I’ve done for McIntosh, but I’ve only been here since junior year.”

“I wouldn’t say I made it better by any stretch. I did the Every 15 minutes video and I write articles. I would say that’s just the same like everybody else.”

“I was originally planning on studying nursing. Again, I’ve been dead set on nursing since I was five. I always loved medical science. I just randomly lost interest in nursing three months ago. I lost all interest in healthcare. I didn’t know what was going on because it was something I’ve wanted to do forever and it was almost time for me to do it, and I didn’t want to do it anymore. And then I was like, okay maybe film because I started liking it.”

What are some words of wisdom you have for returning staffers or newcomers to the trail?

“Just be creative. Don’t just treat it like a class. If there’s something that you really enjoy doing or you want to explore, ask about it. Give it a shot. The worst that anyone can do is tell you no.”