Doctor Strange & the Multiverse of Madness Releasing This May 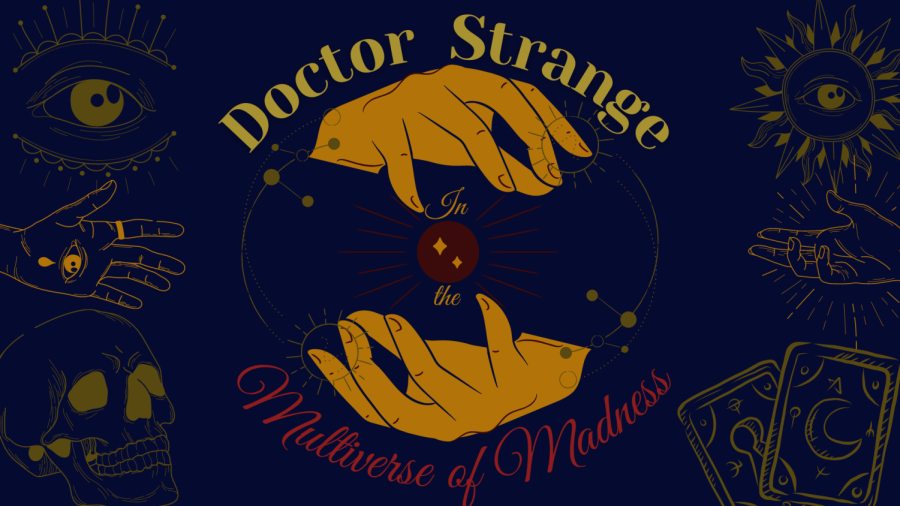 The final trailer for “Doctor Strange: Multiverse of Madness” dropped a week ago, on April 11. The first trailer for the Doctor Strange sequel had been released over five months ago, in December. The film, directed by Sam Raimi and produced by Marvel Studios, is the next installment of the MCU, taking place between “Moon Knight” and “Ms. Marvel.” It is supposed to be a follow-up to “Spider-man: No Way Home” as it deals with the aftermath of the conflict that happened in that movie. The sequel, with a runtime of two hours and six minutes, will be released on May 6.

Benedict Cumberbath returns as the titular character, with other protagonists Wanda Maximoff (Elizabeth Olsen) and Wong (Benedict Wong). The latter two characters were previously seen in “WandaVision” and “Shang-Chi” respectively. Other characters joining in the film are America Chavez (Xochitl Gomez), Baron Mordo (Chiwetel Ejiofo) and Christine Palmer (Rachel McAdams). Patrick Stewart is also joining the movie, as Charles Xavier, AKA Professor X, who he has played before in Fox’s X-Men movies. Disney recently bought Fox, and as a result, previously Fox-owned Marvel properties could now be used for the MCU.

Xochitl Gomez debuts as America Chavez on the silver screen, marking the first time the character has ever been played in live action. America first appeared in comics in Vengeance #1, and has since appeared in comics such as “Battleworld,” “A-Force” and most notably “Young Avengers.” She is one of the few Afro-Latina characters in comics, and is also one of the few lesbian characters in comics, making her silver-screen debut an important step for representation.

As with most MCU movies, details of the plot have been kept heavily under wraps, but there are few things fans know for certain. For one, the sequel to “Doctor Strange” deals with ramifications of the actions dealt by both Stephen Strange in “No Way Home” and Wanda Maximoff in “WandaVision.” As Strange had nearly destroyed the multiverse in the last movie, and Wanda had kept an entire city under her control for months, it will be interesting to see how this plays out. In addition, the multiverse has been heavily hinted to be used in the movie, and with America’s powers of being able to create portals between dimensions, it seems likely. Other interesting fan theories include the fate of Wanda and Vision’s children, Billy and Tommy. In the comics, Billy and Tommy were the living fragment of Mephisto’s-the Marvel synonym for the devil-soul. They were eventually destroyed and erased from existence, until in 2005s Young Avengers, when they were both revealed to have survived and reincarnated into different people. Although it seems unlikely that the MCU will draw directly from the comics, it certainly will be worth seeing if the movie does take on any influence from the comics.

“It sounds awesome because all of the Dr. Strange movies are awesome,” junior Bradley Van Hall said.