Traditions and History of Christmas 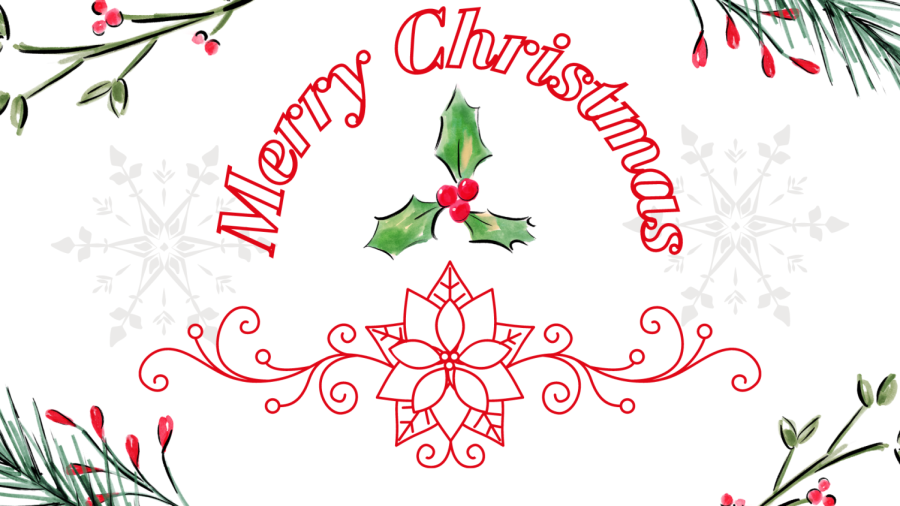 It’s the end of the year, with red and green lights hanging from houses and green wreaths of holly and mistletoe hung off of doors, and the holiday spirit is in the air. It’s Christmas time, the most wonderful time of the year and with it comes the many traditions that have been passed down through generations. From caroling to gift-giving, ugly sweaters to star-topped trees, the Christmas traditions deeply rooted in the red-and-green themed holiday have been there for hundreds of years.

The religious aspect of Christmas, from which the holiday gained its name, is traced back to the birth of Jesus of Nazareth and was founded as a Christian holiday in the fourth century. The date, Dec. 25, was chosen by Pope Julius I due to the hopes of replacing the pagan holidays of December, such as Yule and Saturnalia, with a Christian holiday. The church was mostly successful in this task, due to Christmas also incorporating pagan elements into the holiday and not fully eliminating the traditions of paganism. Traditions that were often used in the holiday were the attendance of church, and the nightly parties filled with drinking, food and the tradition of the rich giving to the poor. Christmas was banned for a brief time in England and early America in the 1600s by Thomas Cromwell due to Puritan influences, which wanted to rid England of decadence, or indulgence in luxury. In America, it was dropped entirely after the American Revolution until 1870 due to the holiday being seen as a British tradition. Famed writers Washington Irving and Charles Dickens had major influence in the creation of the modern Christmas that came about in the eighteenth and nineteenth centuries, with Irving writing a series of short stories about Christmas and its meanings and Dickens with his highly-esteemed novel “A Christmas Carol.” The two writers managed to create the semblance of Christmas being about goodwill, family and kindness to others, which was quickly adopted by those who celebrated the holiday.

One of the major traditions of Christmas is the legend of Saint Nicholas, or Santa Claus. The legend was founded in 280 A.D by a monk named St. Nicholas, who was known and founded in history for bringing children toys and giving away his entire wealth to those in need. The legend had more of an impact on Christmas in 1822, when Clement Clarke Moore wrote a Christmas poem commonly known as “Twas the Night Before Christmas,” therefore cementing Santa Claus’ place in Christmas tradition. The imagery, however, of the jolly red man would not be had until 1881 when cartoonist Thomas Nast depicted St. Nick in the iconic red-and-white suit and the sack of toys that he is known for today. Many other major traditions, such as the Christmas tree or the Yule log, are traced to the early pagan holidays of the Winter Solstice, having been adopted into the secular holiday that Christmas had become in the modern centuries. However, many Christian religious aspects still remained, such as caroling and gift-giving, as both had been highly encouraged by the Christian Church in the early days of Christmas. In combination with the old traditions, many new ones emerged as the commercialization of Christmas began, with candy canes becoming known during the Great Depression and the launch of the Santa Tracker by NORAD (North American Aerospace Defense Command) in 1955.

“My favorite part about Christmas is the food. It’s like a second Thanksgiving,” says junior Bradley Van Hall.