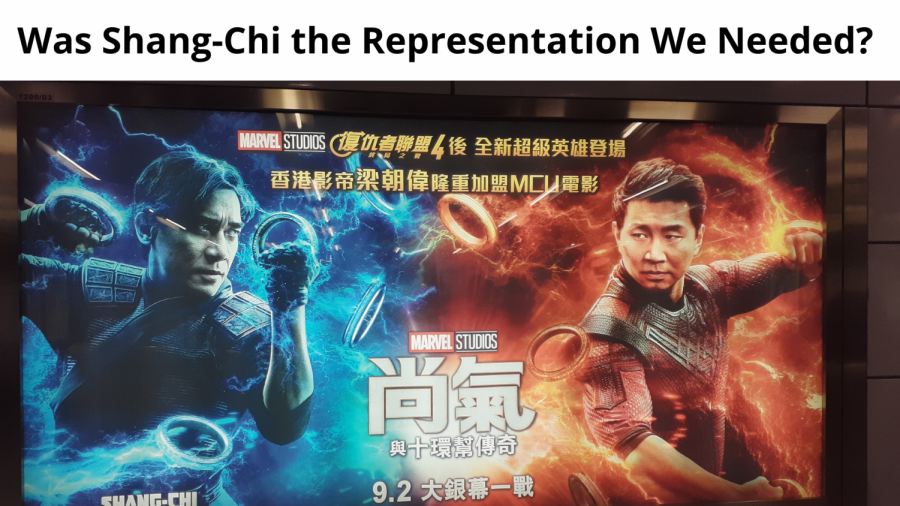 Shang Chi is the first asian Marvel action hero the big black screen has ever seen. Starring the ever Marvel enthusiast, Sim Liu, Marvel gives us an action packed story full of twists and turns.

The story follows Shang Chi along with his best friend Katy (Awkwafina) as they journey to stop Shang Chi’s father, the Mandarin (Tony Leung Chiu-wai), from unleashing a great evil on the world.

While the new Shang Chi movie was the first Marvel superhero movie to have an asian hero, it isn’t the first time we have seen a movie with a full asian cast from Disney. One of these films was the live-action Disney remake of “Mulan.”

This movie tried to go for a more serious approach to the story of Mulan that includes more inspiration from the real tale of the character than the animated version of Mulan did. The results were an overserious movie that took all of the things we loved about the classic animated “Mulan” and replaced them with questionable filming locations.

Luckily, “Shang Chi and the Legend of the Ten Rings” was able to succeed in the area that “Mulan” had failed. “Everyone on this movie, they care about the story,” says Awkafina. “Whether it’s the language, the symbology, everything was done with care, with research.”

For both the asian actors and asians watching the movie, having an asian Marvel action hero to look up to has been great.

“I think if it’s something that you’ve had your entire life, you don’t necessarily notice,” says Liu in regards to representation. “[B]ut for me I was always very aware of the characters that Asian people played: sidekick or the background character.”

Liu believes that his childhood was affected by not being able to see someone like him on screen. “I never felt like I was the lead of my own story, I felt like I was always taking up space in somebody else’s room,” says Liu. “What I really hope that this movie can do is show you know, Asian kids here in Canada, everywhere that it’s okay to take up space where they are because they belong.”

Within the past three years Hollywood has done a great job at representing more asians on the big screen. However, with all of the new all asian movies coming out, it has presented something quite interesting. With each movie that comes out, you see the same asian cast over and over again.

“I like [A]wkwafina as an actress. She’s talented and funny. Her performance in the “Farewell” movie made me cry a lot. I have no hate towards her. [But s]he’s literally casted in every western movie and tv show project and it’s an issue for me,” says Reddit user u/Robotnere. “I’m not saying that she can’t be in every project, it’s just that people will think that she’s the only Asian actress,” says Reddit user u/Robotnere. “People and [the] film industry need to know that they are not the only Asians in Hollywood.”

According to Abid Rahman, a writer for the Hollywood Reporter, “Asian and Pacific Islanders accounted for less than 6 percent of speaking roles and less than 4 percent of leads and co-leads in Hollywood films, according to a comprehensive new study from USC’s Annenberg Inclusion Initiative.”

Overall, the Shang-Chi movie was a step in the right direction, but Hollywood still has a long way to go.

“[I]t’s important to have [a] variety of Asian actors and actresses and give them [an] opportunity to be [in] a film and tv project [and] not just reuse the same Asian actor over and over again,” says u/Robotnere.

Shang Chi: Where to Watch and Disney+ Release Date Details