What’s Up with Graphic Tees? 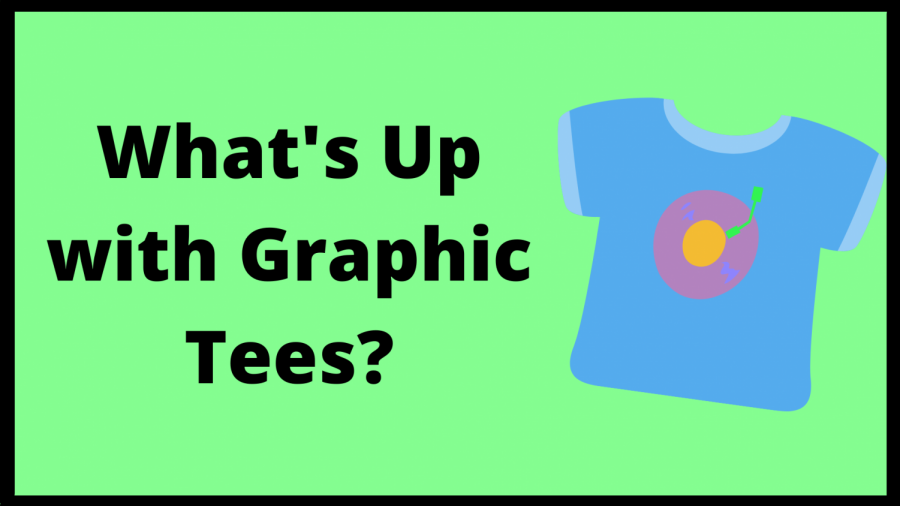 This image was created using Canva by Zara Morgan.

Graphic tees are all the rage. Even if you don’t know who bands like “AC/DC” are, chances are you’ve seen their logo on a t-shirt at either Belk or T.J. Maxx. It’s become a new trend to start wearing these shirts as fashion, regardless of the wearer’s musical taste. Interestingly enough, the fad of wearing graphic tees has extended to all types of fashion tastes, not just one. From sorority girls to people who like to dress alternatively, the graphic tee has become wildly popular. It’s not just bands either. You can find pictures with the “Poloroid” brand, the “NASA” meatball, among many others. 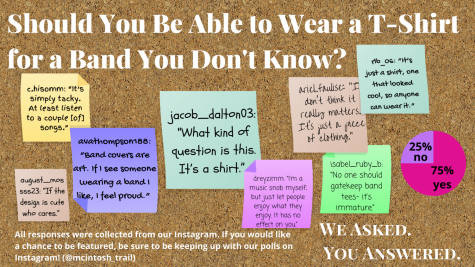 When the t-shirt first came out, it was first considered as outerwear and was not garnered with graphics. Once people discovered that you could print things on shirts, people started using them for practical reasons.

The military started using them for practical reasons. According to startupfashion.com, “During WWII, members of the military were issued t-shirts sporting the names of their branches or training programs.”

The entertainment industry started using them as well. Also according to startupfashion.com, “In the famed 1939 film “The Wizard of Oz,” the workers who fix up the scarecrow are all sporting bright green tees with the word “OZ” splashed across the front in bold white letters.”

As time went on, the t-shirt went from being an undergarment, to having practical uses, to now becoming a part of the mainstream fashion.

Bands started putting themselves on t-shirts as well as an easy way to make money and promote themselves.

Now that it is the 21st century, t-shirts are worn for all the reasons listed above and more. It doesn’t matter what your personal style is, everyone can be united with the t-shirt. Whether you just like unicorns, or you want an outlet to express yourself, t-shirts are for everyone.

Senior Sarah Brzoska said, “I love wearing graphic tees because they give me the nostalgic feel. Like I’m living in another decade.”

Senior Sadie Lutz said, “They are cozy and go with everything.”

Senior Chad Hawkins, “It’s cool, I just like the design.”