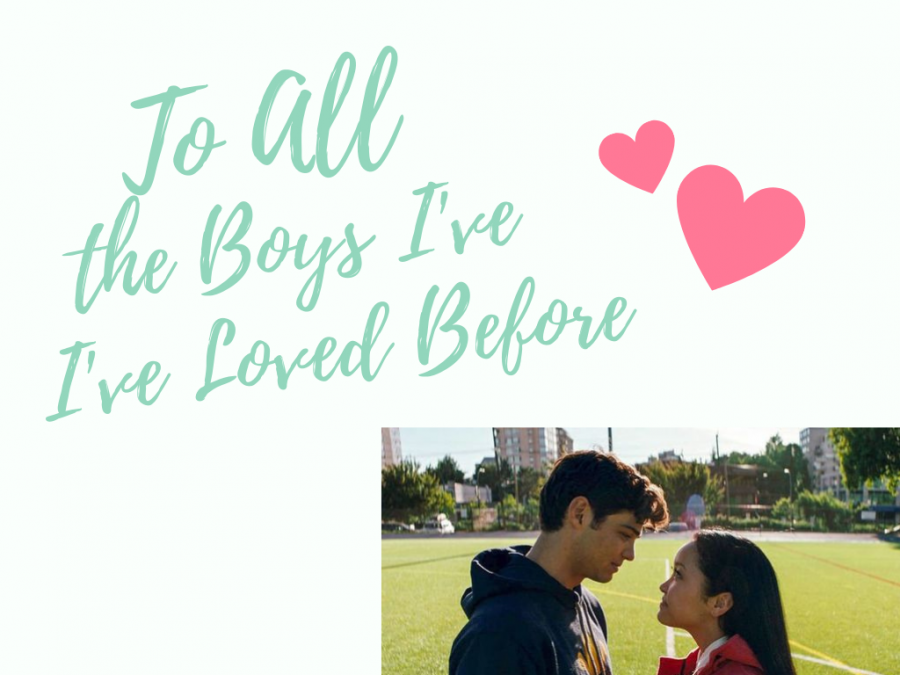 “To All the Boys I’ve Loved Before” is a teen romance trilogy written by Jenny Han back in 2014, and was adapted into a Netflix romantic comedy in 2018. Lara Jean Song Covey (Lana Condor), our main character, decided throughout her life that the best way to get over a crush is to write a love letter, or a “goodbye” letter. This was inspired by the author’s own tendencies to write love letters. Lara Jean then stores these letters in a hatbox her late mother gave her. Unfortunately, the letters get out and chaos ensues. Spoiler alert, she ends up with one of the guys she wrote a letter to!

Here are the reasons that Lara Jean’s story “isn’t like other girls.”

The trilogy stands not only as a romance novel, but also a coming of age story. In the first book, Lara Jean constantly compares herself to her boyfriends, Peter Kavinsky (Noah Centineo) and his ex girlfriend, Genevieve (Emilija Baranac), and by the end of the first book, she learns to just be herself.

The second book includes a love triangle between herself, Peter, and her childhood crush, John Ambrose McClaren (Jordan Fisher). This time she struggles with the reality of being in a real relationship. In this book, Lara Jean is constantly comparing her hard relationship with Peter with the easy going relationship she has re-created with John Ambrose. In the end, she gets back with Peter and everything is worked out.

The third book revolves around their senior year! This year Lara Jean is comparing her relationship with Peter to her sister Margot’s (Janel Parrish) relationship with her ex-boyfriend Josh Sanderson (Israel Broussard) along with some sage advice from her late mother: “Don’t go to college with a boyfriend.” For the third time, love prevails and they end up deciding on a long-distance relationship.

The first movie came out back in 2018, and the third movie came out on Feb. 12. One of the things that was really important for author Han was that the main character was played by an Asian. She revealed in an interview that producers and executives hinted at white-washing the main character and using an actress with more name recognition. It wasn’t anything racist, they just saw that more people would watch the movie if someone like Shailene Woodley were playing the character.

Han also influenced the style and aesthetic of the movie. Han comments, “I gave notes on the script a couple of times, and made mood boards for the director and for the producers. … I did her sense of fashion, her style, I made Pinterest boards for all those things, because I felt that it was really important that that part get done right.”

The reasons why I love “To All the Boys I’ve Loved Before” is because of my connection to Lara Jean. Not only did I relate to the character in the way that we both love baking, fashion and stationary, it was great seeing the representation both on the book and on screen. While I don’t believe that you need somebody to look like you in order to look up to you, it does feel great to see someone that does.

The story also delves deep into different types of friendships and family. We see the struggle of sisterhood between her friend Chris (Madeleine Arthur) and her cousin Genevieve, the relationship between Peter and his estranged father, along with many others.

Overall the story is one of family, friendship, and epic romance.