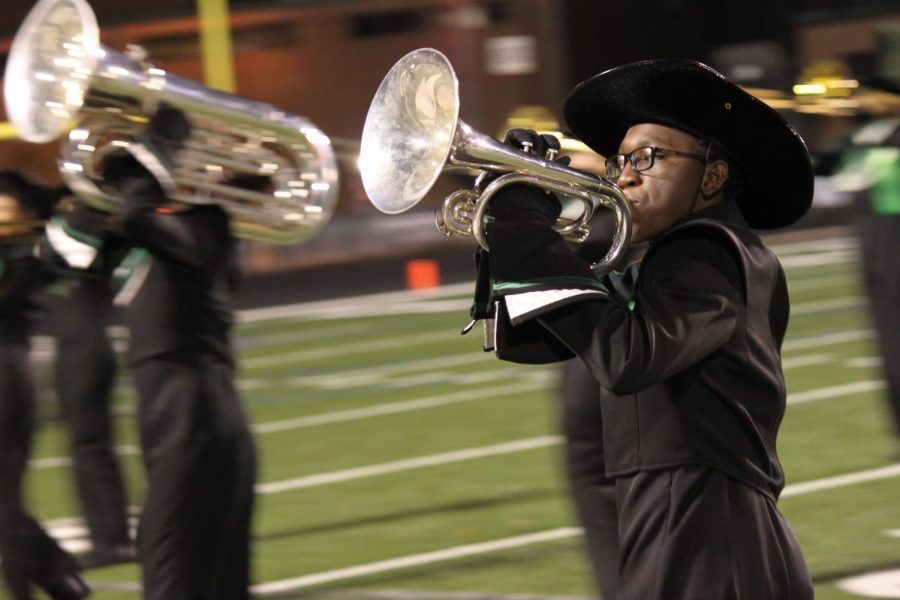 MHS Marching Band member sophomore Adeola Batiste practices for the performance that was rained out. 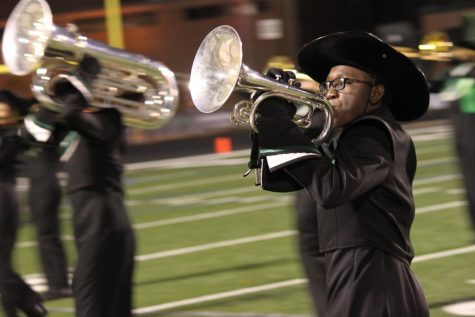 No one can deny that The Spirit of McIntosh Marching Band is one of the key components to the McIntosh football experience. Outside of Friday night games, the band practices as hard as any other sports team with practice on Tuesday starting right after school until 7 and on Thursday right till 6:30. This year, the band’s halftime show was a pirate themed show called “Treasures of the Sea”. The band also competes in numerous competitions around Georgia. Usually, they participate in 3 competitions a year, however this year; unfortunately, this year two of their three competitions got canceled due to inclement weather.
The cancellation of the competitions struck an emotional cord with all of the marchers. Head drum major and senior Rachel Cox said, “It’s been disappointing not being able to have three competitions this year; when you put so much effort and work to a certain extent you want to receive the reward of performing well and placing high.”
“When I first heard it,” said senior trombone players Nikhil Jamched. “I thought wow that sucks. All our time, from all the marchers to the volunteers, was leading up to those competitions, to have it end like that was frustrating and very disappointing.”
Although disappointed and feeling robbed of their time, members of the band still enjoyed their season and saw the bigger things then their appearances at competitions. “I wouldn’t say it was all bad,” said Jamched. “After all, the freshmen go to know the upperclassmen and the upperclassmen got of experience having another batch of classmates under their wing.”
Rachel Cox concluded and said, “Although competitions are always enjoyable and fun, they’re only a larger and more magnanimous embodiment of the experience of the entire season, and I walked away from my senior year with just as many memorable moments as any other year.”