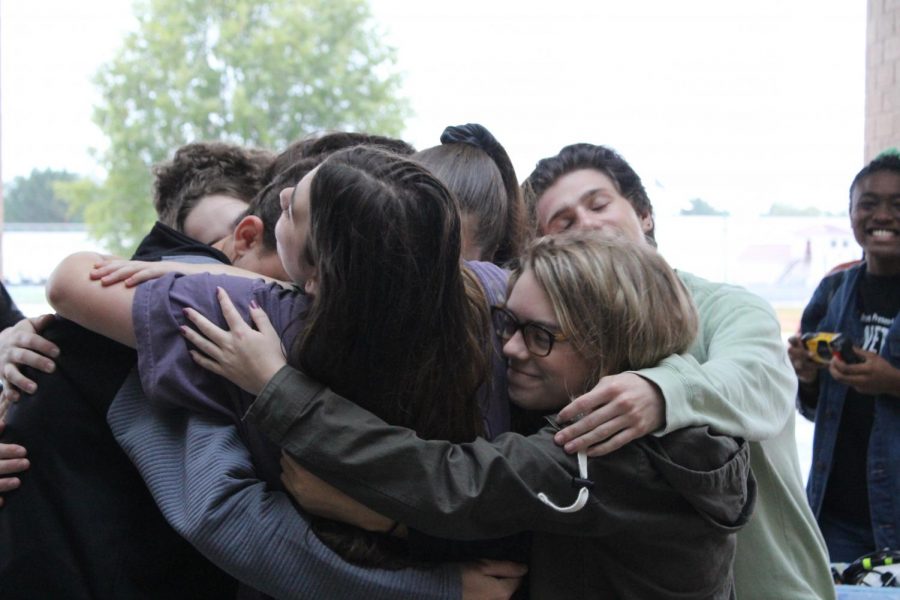 The cast of Bellwether gets together for a group hug before their big performance for the judges.

On Saturday Oct. 26, the cast and crew of “Bellwether”, the drama department’s competition one act play, traveled to Whitewater High School to compete at regionals against four other schools. With “Bellwether” winning first place overall, Whitewater’s production of “The Laramie Project” coming in a close second, and Starrs Mill’s Alice in Wonderland coming in third place.

In addition to the plays first place award, Seniors Jack Choat and Lydia Campbell were awarded best actor/actress overall out of the five schools. The play was also awarded best makeup overall.

The cast and crew met at McIntosh around 7:30 am to load sets, lights, and sound equipment needed for the show on the bus. Parents also volunteered their vehicles to transport bigger set pieces, like couches and beds. Spending the whole day at competition, they didn’t arrive back to McIntosh until around 5:30 that evening. Once they got back, the seniors of the production together added the first place award to the collection of trophies in the drama room.

The production members plan on traveling to the state one-act to compete for best one-act in the state on Saturday, Nov. 2.