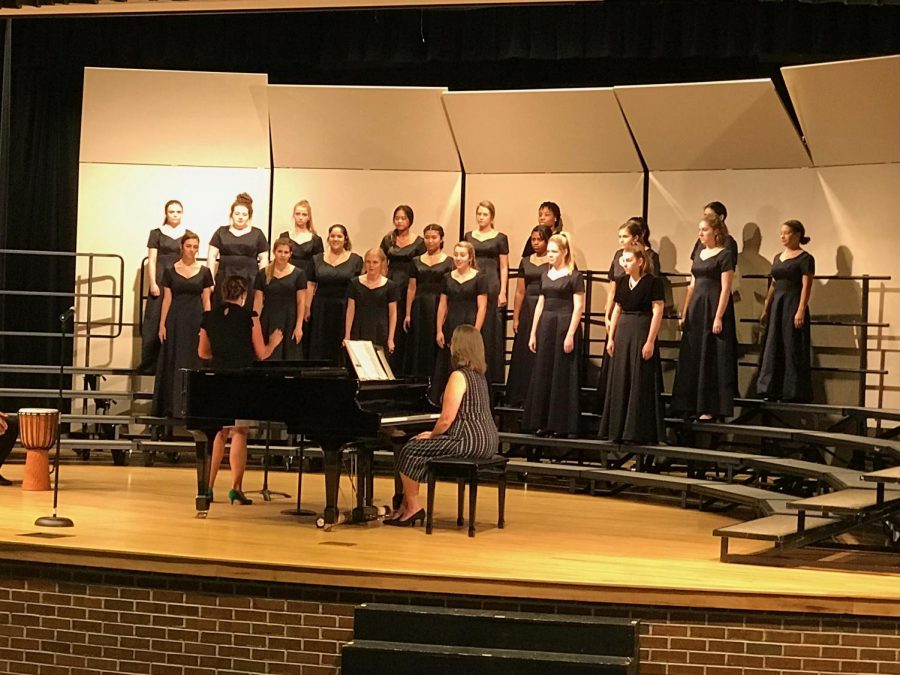 Tuesday, Oct. 1 was the African themed Fall concert where each class sang at least one song either about Africa or in an African language. The advanced mixed choir class, cantabile, sang the song “Africa” by Toto. In addition to the African theme, the theme for this year’s Spring Gala was announced as British Invasion. The chorus will be singing a wide variety of artists including “The Beatles,” “Elton John,” “One Direction,” “Adele,” “Ed Sheeran,” and more.

“While singing ‘Africa’ by Toto I was in charge of playing the rain stick,” said senior Ava Kreitner. “It made it sound like actual rain and it was really cool.”