Preparing for the Final Orchestra Peformance 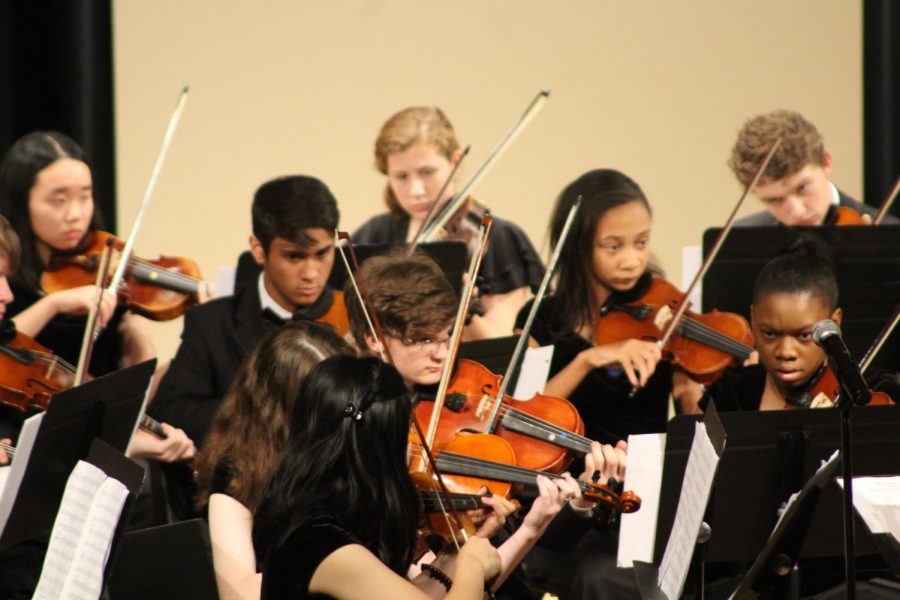 The orchestra is preparing for their last recital of the year. Since this is Mr. James Hagberg’s last recital with the orchestra, everyone throughout the three classes is trying to make it special. Some of the pieces that will be played during the final performance will be “Variations On A Well-Known Sea Chantey” and “Kanon and Gigue.” This last performance is also important for the seniors who have spent the past four years in the program at McIntosh.

“Orchestra has been full of exciting experiences and beautiful music, and I can’t wait to pursue that for the next four years of my life,” said senior Kylie Dickinson. “I’m probably going to cry at the last concert to be completely honest.”

“Mr. Hagberg has been a great conductor,” said senior Yuheon Lee. “He’s found the balance between fun and challenging music.”

Orchestra will perform on Thurs., May 9 at 7:00 pm in the McIntosh auditorium. Since the seniors are leaving for college, the orchestra and their families will have a ceremony at the end of the concert for their final goodbye. It will truly be an emotional night and something that the seniors and Mr. Hagberg will remember for a long time.