“Mary Poppins Returns” is practically perfect in its own way 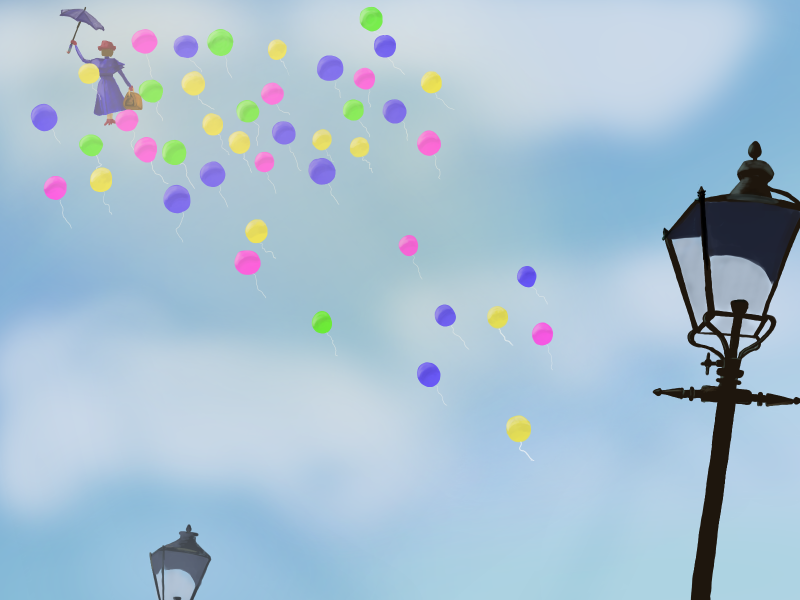 When I first watched Mary Poppins when I was younger, it was truly magical. The acting, the music, and the animation had amazed me, and it is still one of my favorite movies. As a huge fan of both Mary Poppins and Disney, you can imagine my excitement when I learned that the film was finally getting a sequel.

Mary Poppins Returns takes the viewers back to Cherry Tree Lane. The movie is set in the 1930s, 25 years after the events of the original film. The children from the original, Jane and Michael Banks (Emily Mortimer and Ben Whishaw), are now adults. Michael is a father of three and widowed. He lives with his children Annabel (Pixie Davies), John (Nathaneal Saleh), and Georgie (Joel Dawson), and the housekeeper Ellen (Julie Walters), in the same old house on Cherry Tree Lane. However, times are hard in London, and the family owes a large debt to the Fidelity Fiduciary Bank — the very bank Jane and Michael’s father worked at. That is when Mary Poppins (Emily Blunt) returns with the help of the lamplighter, Jack (Lin-Manuel Miranda).

Of course, I was a little skeptical at first. The original film is a classic, not to mention that the songs and characters are iconic. Songs such as “Spoonful of Sugar” or “Supercalifragilisticexpialidocious” are still listened and sung to today. In addition, Julie Andrews’ and Dick Van Dyke’s performances as Mary Poppins and Bert from the original film are strong and unique. However, the movie didn’t disappoint.

The plot itself is very similar to the original; instead of jumping into a chalk painting, the characters jump into a ceramic, or instead of flying a kite, they hold the string of a balloon. Really, the only differences were the additions of a love-line and an antagonist. What set the movie apart from the original was the cast.

Blunt took Andrews’ Mary Poppins and made it her own. Both versions of Mary Poppins are mischievous, but Blunt’s is more childlike. Blunt has this twinkle in her eye that seems almost naughty, like a child scheming something fun and potentially dangerous. It was an interesting twist to the character of Mary Poppins and I enjoyed it. Something I missed in Blunt’s performance, however, was Andrews’ brisk way of talking. While both are rather straightforward, Andrews has this sharp voice that is crisp and refreshing while Blunt’s is a bit softer. I think Blunt did an impressive job overall recreating the character of Mary Poppins. She didn’t try to copy Andrews; instead, she added her own colors and personality into the character, making it refreshing and new.

One of my favorite characters from the original is the chimney sweeper, Bert. Dyke’s accent, humor, and dance are some of my favorite parts of the original. When I heard that Miranda was taking the role of the lamplighter Jack, I was a little worried. Of course, I know how great of an actor Miranda is and how great his performances are, such as the popular musical, “Hamilton”. Yet, Dyke has this energy around him that cannot be seen in anyone else. When Dyke acts, he has this carefree and cheerful air that lifts people’s spirits. Miranda had the accent, humor, and dance, but he didn’t have the childish energy that Dyke had. Still, Miranda did a wonderful job in adding a comedic and dramatic flair to the movie.

Overall, the movie was beautifully made. The designs of both the set and characters were just as colorful as the original. Something that impressed me was the significance of lights and darks. Of course, there are the lamplighters, or “leeries,” who light up the way back home — both literally and metaphorically. However, this theme runs deeper than that. The movie starts dark and dreary, with little light and a gloomy sky. The only light is in the house on Cherry Tree Lane, but even that is dimming. After Mary Poppins returns, though, the light slowly returns. The end of the movie contrasts heavily with the beginning. Whereas the beginning is dark, the end is colorful and bright. There is light and there are bright colors everywhere. When the characters hold onto colorful balloons in the park at the end of the movie, you know that they have found their imagination and “light” once again. Just like how they soar in the sky on the string of a balloon, the audience feels like they’re floating as well, and remember the feeling of magic and being a child. “Mary Poppins” is a Disney classic for people across generations, and Mary Poppins Returns is no less. For fans of the original, it is a worthy sequel, and it recreates the feeling of magic in its own way.