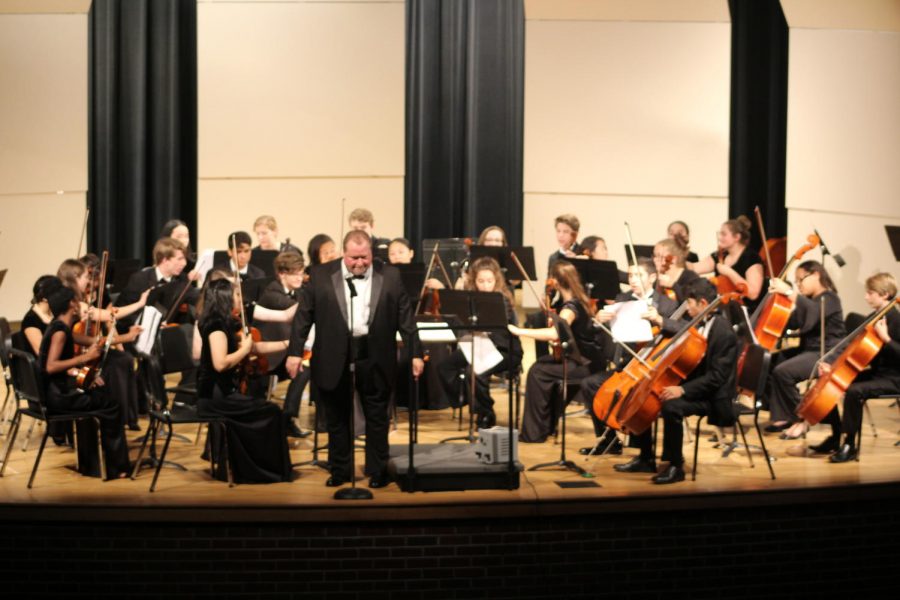 The Orchestra students hosted their Christmas concert on Tuesday, Dec.  11 in the McIntosh auditorium. Mr. Hagberg chose pieces that got everyone who was watching into the Christmas spirit. The Orchestra has been working on the music since their last concert which was in November. They only had a month to prepare, so with such little time, they played with grace and delicacy. The following selections were played at the concert: Feliz Navidad, Carol of The Bells, Nutcracker Selections, Overture to Messiah, and Farandole from L’Arlesienne.

Violinist, Marie-Paule Aguegue, believed that the performance they gave was strong. “I thought our performance was pretty decent this year,” said Aqueque., “It was nice.”

This was freshman, Shazan Samnani’s, first Christmas concert at McIntosh.

The orchestra will be having a fundraising performance at the Peachtree City Christian Church on Saturday, Dec. 22 from 4:00 to 5:30. The fundraiser is to help raise money for the orchestra program. Admission is $6 and there will be food and drinks as well.