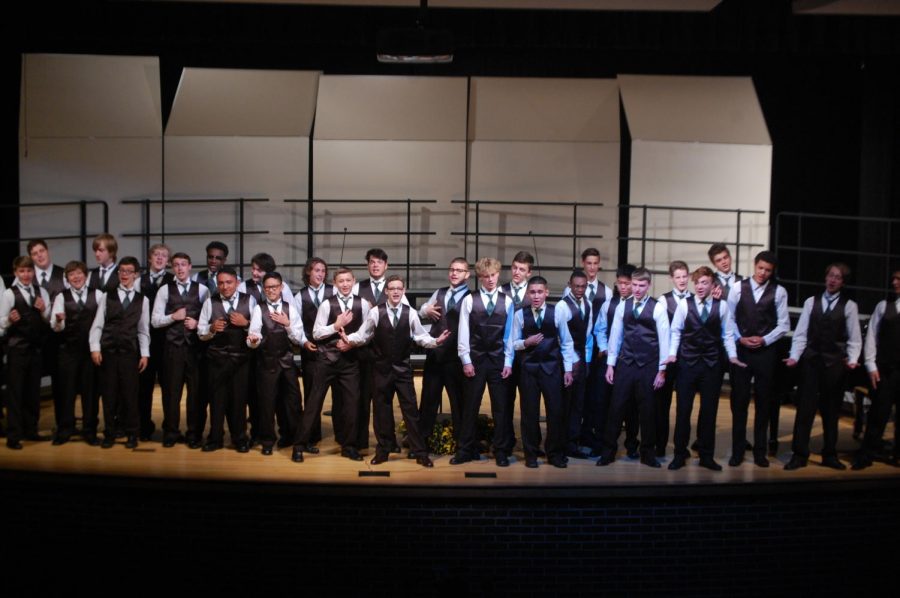 One of the pieces that the groups performed was “Crazy ‘Bout Ya Baby.” The pieces performed by the Choralettes were “Letters From a Girl to the World” and “Good News.” The piece “The Promise of Living” was performed by all of McIntosh’s Chorus groups. Anna Seville, who is a senior in  Cantabile, performed “Only in Sleep” as a soloist. Traveling music was performed by Ryan Robertson and Blaise deGolian who are both seniors and performed as soloists. Then Nothin’ But Treble, which is McIntosh’s women’s a Capella group performed “Royal.”

Freshman chorus member Cole Wiese said “To have the opportunity to work with all the awesome guys in the men’s chorus was such an amazing experience.”